Feedback from the January 1st Hive Power Up Day

@hivebuzz 74
about 2 years ago (Edited)
hivebuzz Once again, we were surprised by the enthusiasm and the participation rate in this first edition of the year 2021 of the Hive Power Up Day.

While we thought that everyone would be busy partying with their friends and relatives to celebrate the change of year, it was with astonishment and pleasure that we saw that several records have been broken.

Power Up Day has become an important moment in the life of our community and it is now setting the pace each month.

As already said, we had several all-time highs during this edition. Unheard of since we have supported the PUD initiative.

Let's start with the first record: the number of Power Up Helpers.

We have 24 users who have made a power-up to another account and have thus allowed 27 other users to get their PUD badge. Once again, there were people helping several accounts!

We now have 71 users who helped at least one less powerful user who never got any power-up from anyone. These benefactors own the so coveted Power Up Helper badge:

As we announced in the introductory post of the Power Up Helper and as you will see below, this will have a significant influence on the amount we may delegate to them.

But before writing about that, here are some comparative graphs with the previous editions. The number of participants was really close to the October record.

However, it is a new record for the volume of HIVE which was powered-up, with a new record since HiveBuzz supported the project. No less than 209041 HIVEs have been staked. It's an amazing 61.13% increase from the previous month's record! In each level, we do better than the previous month, with a new record for levels 3 and 5, with 39 big stakers who got the Jumbo-Bee thanks to a power-up of at least 1000 HIVE!

Let's mention @gabrielatravels who powered-up 1010 HIVE, but a bit too earlier (21 minutes). She still received her big Jumbo Bee badge (post-Xmas effect), while not being included in the above stats.

And now the long-awaited novelty of this month, the delegation of Hive Power.

As stated from the start of our initiative to support the Power Up Day, we want to reward regular participants and those who have also been generous in helping others by offering a 3 weeks Hive Power delegations.

Therefore, this month we will delegate no less than 2144 HIVEs to 65 users:

Congratulations to all of them!

See you on February 1st for the second PUD of the year!

Support our proposal for 2021

The proposal that allowed us to finance our project expired at the same time as we left 2020. Many of you have supported us for the last months and we are extremely grateful to you.

If you have not yet done so and want us to continue our work of gamification of the Hive platform, please support our proposal for the year 2021:

Thank you for your support and have a Happy New Year!

Had I had the patience I would have powered up 3k or so but I did so a few days eaily. because I'm impatient. =p Next month though for sure going to participate.

We will (patiently) wait with you till next month ⏳

@chocolatescorpi 68
about 2 years ago (Edited)

Cool! So great to see that so many people recogniSed the significance of powering up on the first day of the new year!

AND Great job on the stats too!
It's good to see the comparison between each month.
So thank you for doing such an awesome job!

You're more than welcome @hivebuzz, After all credit where credit is due!
Take care and have a wonderful new year!!!
I hope that everything gets better for you where ever you are in the world!

I somehow didn't receive the "Power Up Helper" badge, even though I powered up 4 other accounts. Did something go wrong or have I not met one of the criteria?

Anyways a great initiative @hivebuzz and thanks for boosting the powering up of hive.

You're right, there was some hiccups with the PUH assignment process. Good thing you notified us.
It's been fixed now. Please apologize.

Thanks a lot for the quick fix, I was just wondering :)

Hey @hivebuzz, here is a little bit of BEER from @primersion for you. Enjoy it!

Great to see so much powered up this time. This shows confidence in Hive. Thanks for the delegation.

I would hope to see more months like this through the year.

Thank you for your feedback and this nice vibe @steevc! 😊
We'll try to do our best for all this year 2021 😎
CHEERS! 🍻

Hey @hivebuzz, here is a little bit of BEER from @steevc for you. Enjoy it!

Congratulation to everyone who committed for a stronger HIVE! We are all winners!

Thank you for your support @steemmillionaire, much appreciated!

Let's mention @gabrielatravels who powered-up 1010 HIVE, but a bit too earlier (21 minutes). She still received her big Jumbo Bee badge (post-Xmas effect), while not being included in the above stats.

I'm really very glad that you included her as well. Just a small thought came to my mind. How about using the previous day as well as the next day for calculating the HPUD. Just a silly thought to cover up all timezones. :)

By the way thanks for the mention and HP. !BEER

Thank so much for the support! I was really worried that I missed it because of not checking the timezones difference but I'm so happy that it's all good now ❤️

I love to power up and glad to see this program growing with each passing month.

Thank you for your feedback @alokkumar121, we really appreciate it! 😊

Thanks for supporting power up day and really glad you gave @gabrielatravels her power bee badge! I know she was really excited to do the power up but was sad she may have missed the timing so thank you!

And awesome at how much HP was staked this month! 4 orcas worth and we get a few more powerful accounts for all that got involved! Looking forward to the winners announcement from Traci now!

Thanks little brother! I was really worried not to begin the new year with a stupid mistake but I'm happy it's all good now! 🤗

Haha, we all make some mistakes but the hivebuzz are a lovely team and glad you got the badge - you now have a big account little sister!

They are really some awesome guys! And yep, my account is slowly growing! I'm wandering if I'll become an orca until the end of the year :D

Go geddit little sister! Anything is possible if you put your mind to it! First stop 10k :D

Can't wait for it :D

It is good to see the confidence in hive shown in delegation!
Thank you for doing this, @hivebuzz.

Hello and thank you so much for the mention that I powered up my 1300 Hive. I was pleased to participate. Also, I appreciate the delegation. I will try to be more active in helping others to join in the HivePUD.

Take care, and see you next month.

See you next month @justclickindiva

You're welcome @joetunex 😊👍 Have a nice weekend and a Happy New Year! 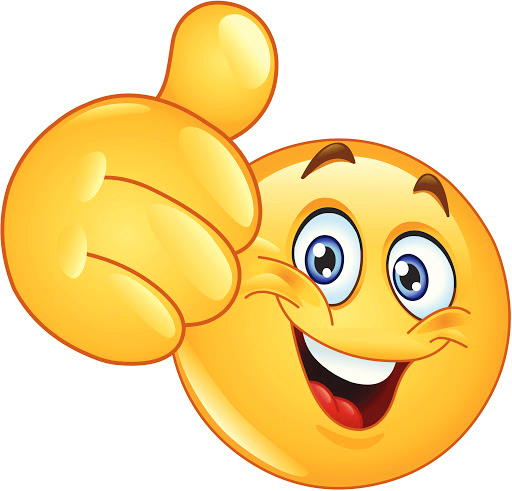 Well i powered up on my own jan 1st ... just didn't happen to be your Jan 1st

What a favorable conjunction 😀

Congrats to everybody who powered up on the first day of the year. You have all started 2021 on a great note.

Thanks for you comment @ervin-lemark, the HiveBuzz team wishes you all the best for 2021! Have a Happy New Year ✨😊✨

Thank you, I appreciate the delegation and am sure it will help. I am still hoping to be able to get the 1000 HP level bee sometime this year, it is just going to take some strategic saving on my part.

You're welcome @bashadow, thanks for your implication! We're sure that you will reach the next level bee 😊🐝
Happy 2021 !!!

What a great outcome and thank you for the delegation, i really see it as a present for my three year hiversary today.

Great run all together and the amount is amazing,

See you again in 28 days

See you next month @brittandjosie

Thanks for the delegation.

The HiveBuzz proposal expired when we left 2020 and since you were one of its supporters, do you mind renewing your vote?
https://peakd.com/me/proposals/147

Took care of the gamification proposal

Thank you for your support @tonygreene113, much appreciated!

grateful. This shows confidence in Hive. Thanks for the delegation.

I hope to see more months like this throughout the year. @belloskr

@javierpatty 55
about 2 years ago (Edited)

HELLO to the entire hivebuzz community, I have some doubts about how it is generated by delegating Hive power and how often the profit is distributed to the Hive power delegates.

Love the initiative, but I powered up and got no badge?
Did I miss it due to time zones or something? 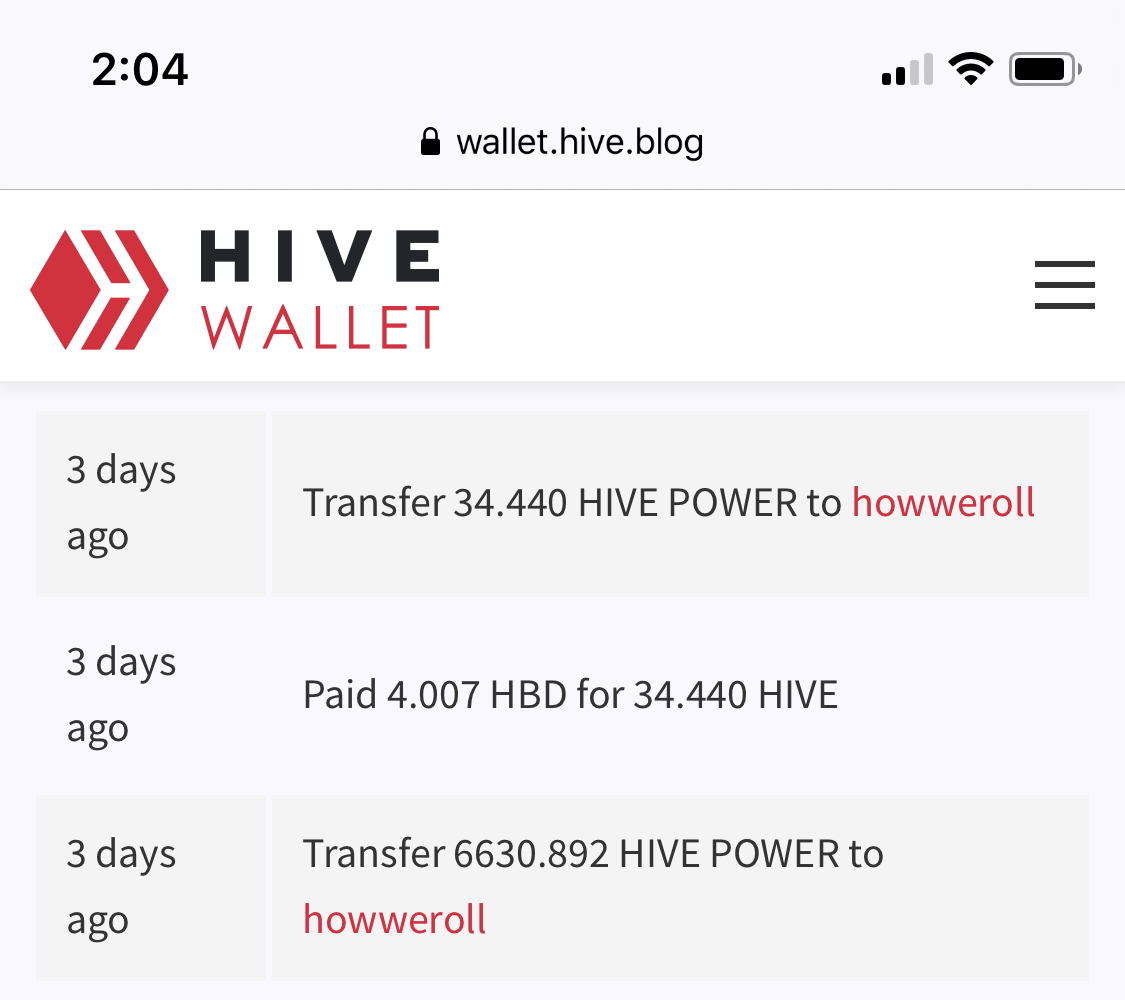 Hello @howweroll,
unfortunately, you performed your

To avoid such situation, please check the countdown on hivebuzz.me before doing your power up.

Or I could be loosing track of the days cause of lockdown. 🤦‍♂️

Thanks for the delegation, and it's great to see PUD going from strength to strength every month.

I'm still a newbie, I hope to learn more from you.
I want to do the best for the platform to grow and help more people

Congratulations to all the members mentioned in the list for various reasons. I am a newbie here so I am still in the process of learning the ropes. But I can understand that the site and its members are on their way up! Nice to be part of the site.

Welcome to Hive @sunnyag. Don't worry, we've all been newbies once 😉

cool, lot of people getting help

Thanks for your feedback @chchannel003

I saw the delegation was over but like to thank you for the time I had it and I used it well, I look forward to the new power up

It is our pleasure to support your power-up effort @brittandjosie 👍