GOAL: To place on the Bucket Challenge leaderboard by flowering this Reclining Buddha

This is what 45 days of plain water and dirt can do to a cannabis seed. 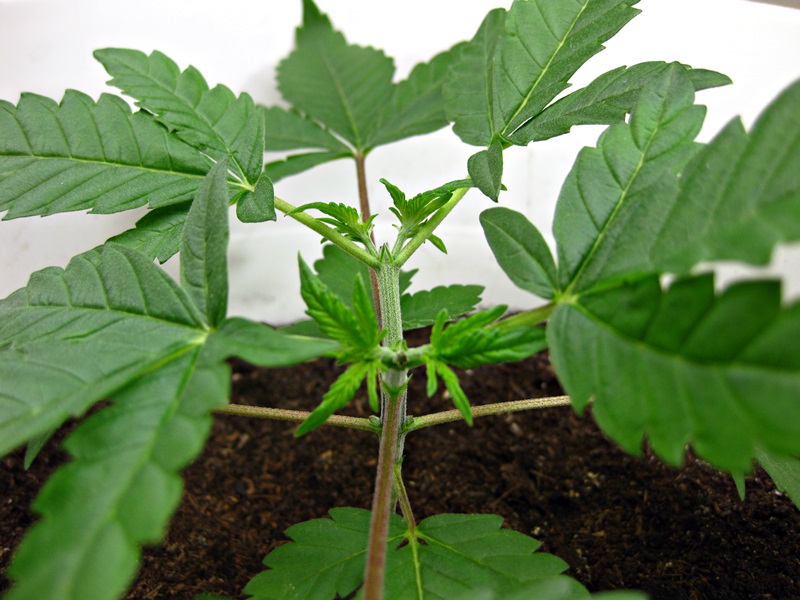 Once I dropped the seed into the bucket of soil (worm castings and sphagnum moss), the only action I've taken other than watering and photographing it, was to cut the top off last week, and then cut the 2 tops off a few nights ago. As you can see, it now has 4 tops!

The process has been documented on the Hive/WeedCash blockchain! Previous snapshots: 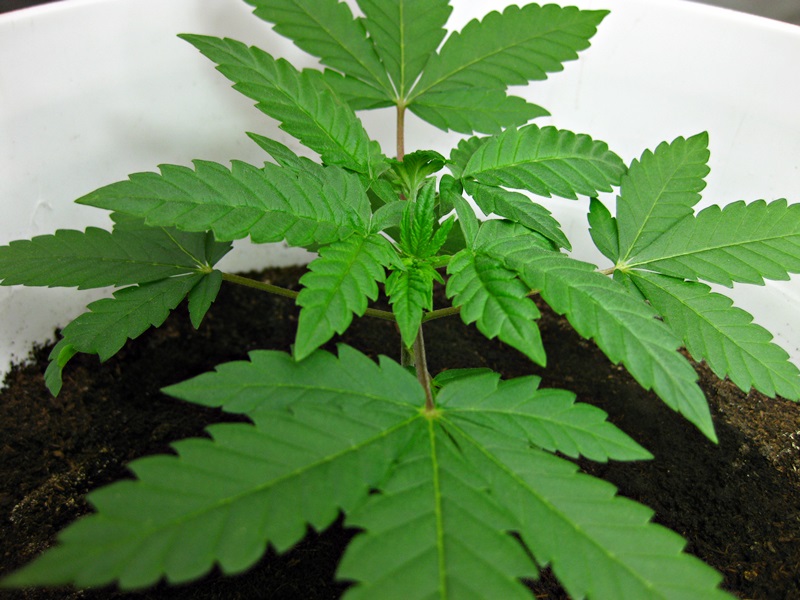 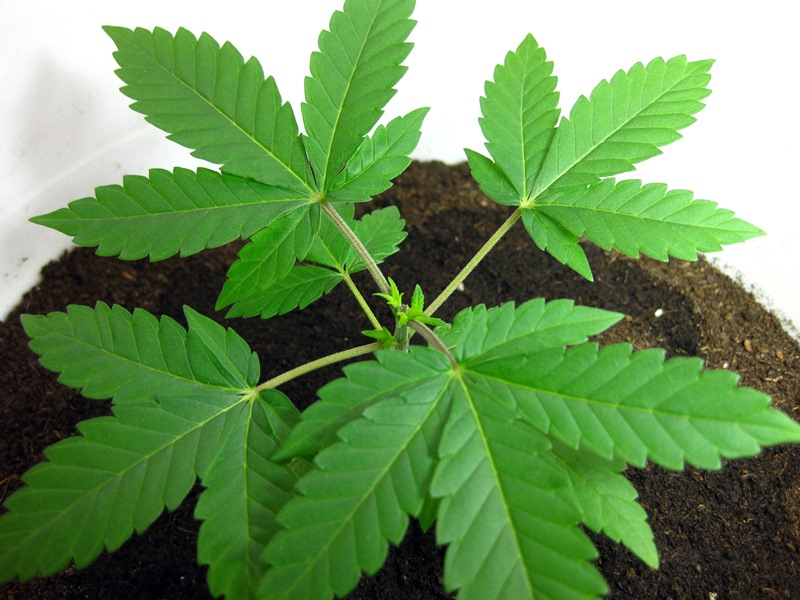 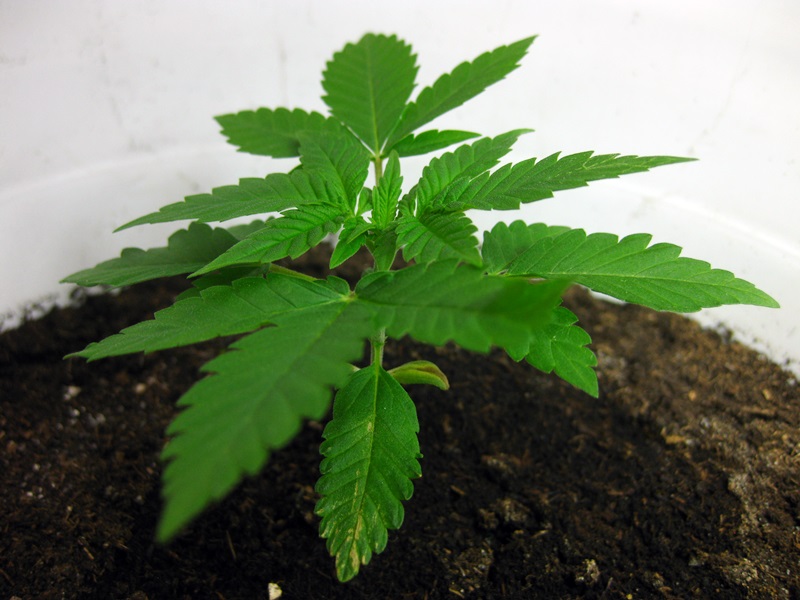 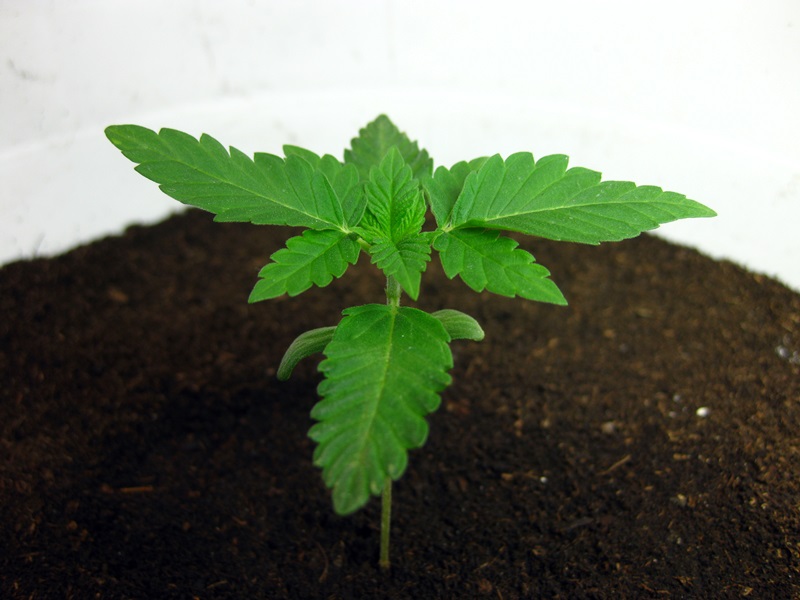 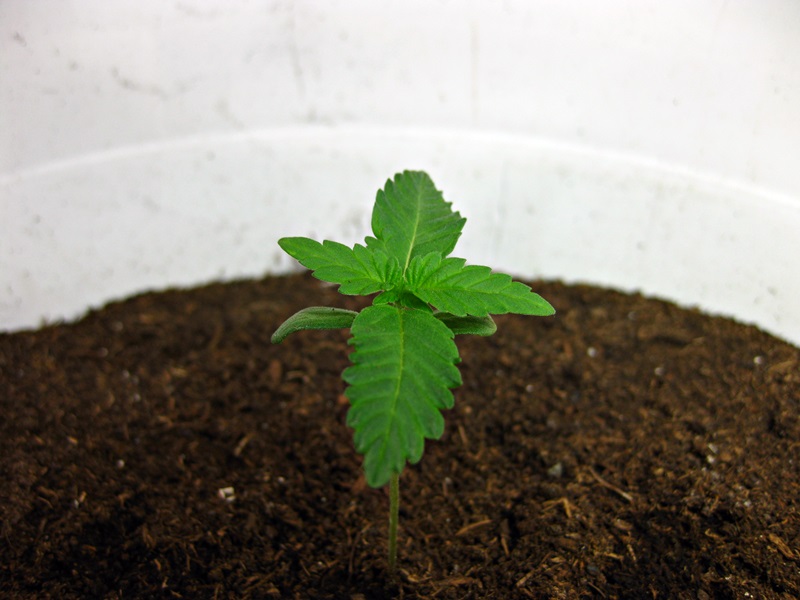 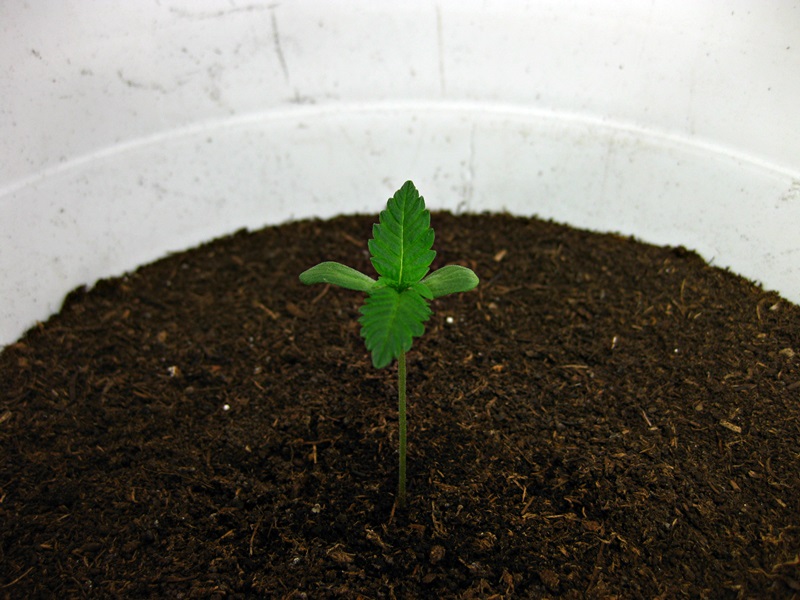 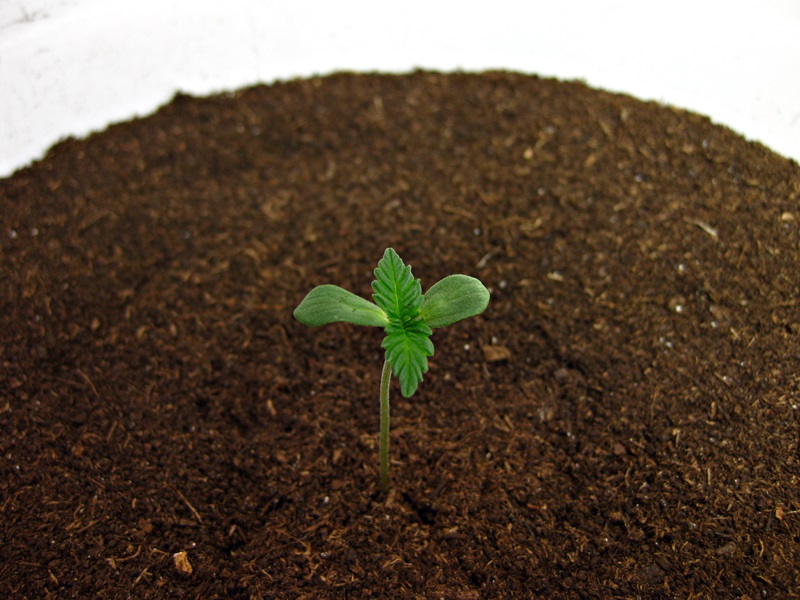 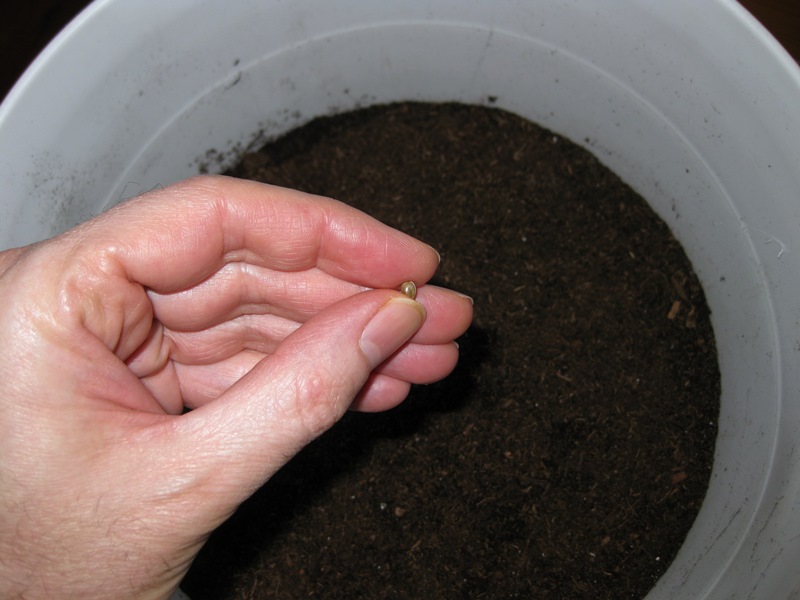 From the perspective I've been taking these photos, the plant now completely fills the frame, so I'm going to have to start showing other perspectives to give you a full appreciation of the progress. Here's a few more shots! 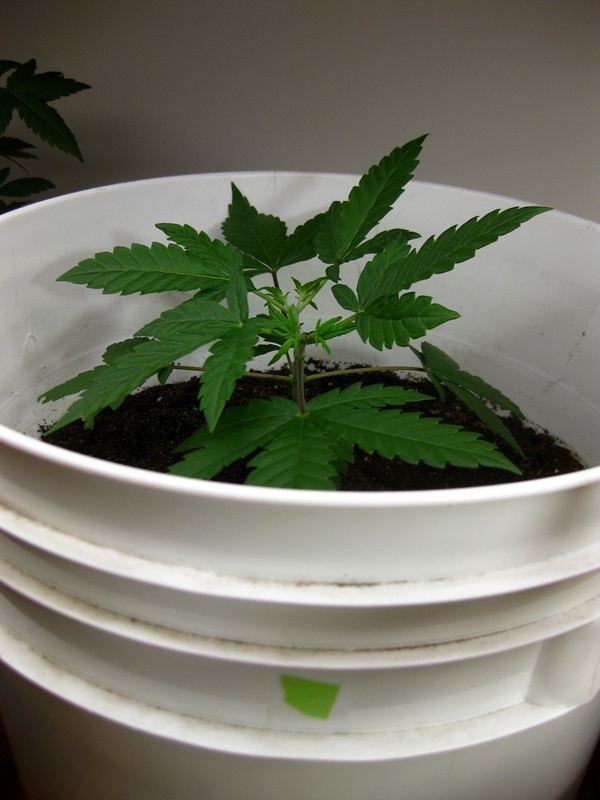 Here you can see the 4 gallon bucket, sitting on the floor in my office garden, sharing a few CF bulbs with 7 other Reclining Buddhas. The green marker on the front of the bucket reminds me which angle to take the photographs from. 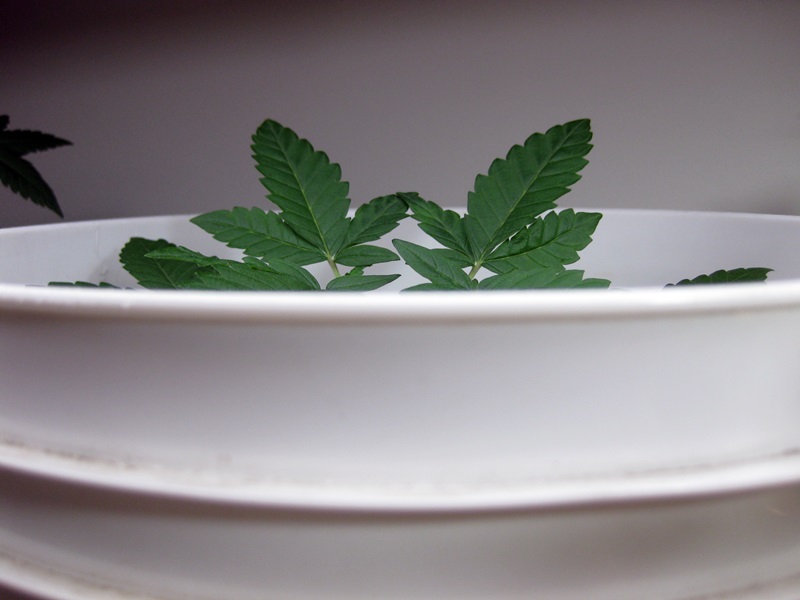 I only put 3 gallons of dirt in the bucket, so it has taken until now, but the plant has finally cleared the rim! Now the fan will catch it more, further strengthening its stems. 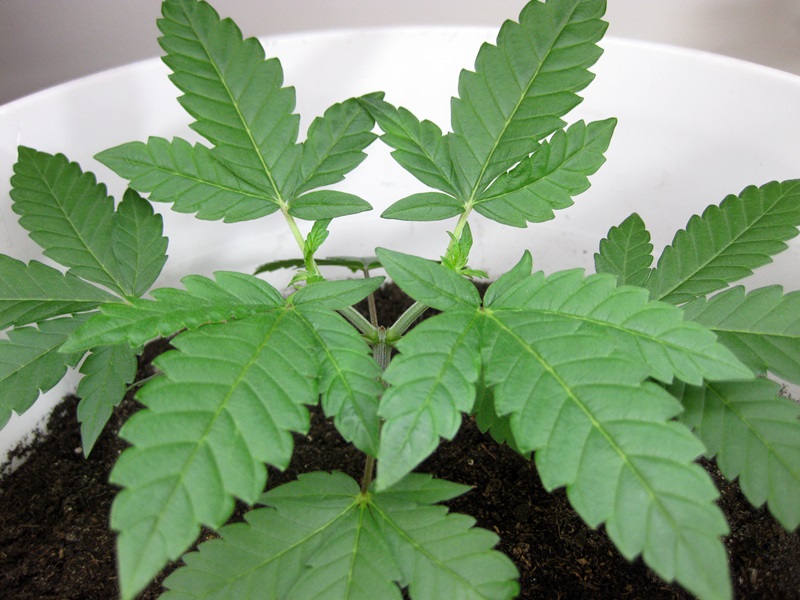 This angle shows how nicely the plant has spread to receive light with its classic indica leaf structure.

It has an appealing naturally-asymmetrical symmetry to it. And great colour! 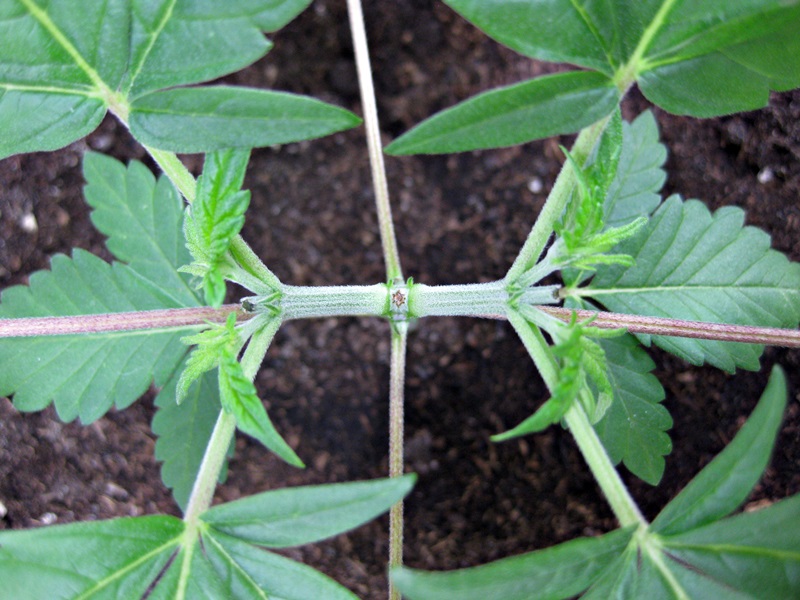 I managed to get a shot directly down the stem from above. You can see each of the 4 new tops growing upward and outward from center.

All three cuts are visible in the above photo - one directly in the center and another to its left and right. 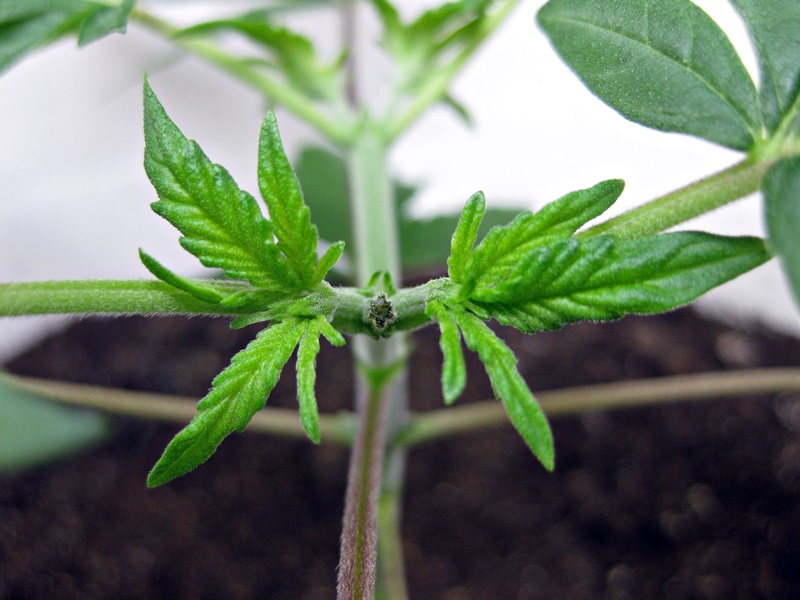 That's a closeup of two tops, which are sprouting from a recent cut, and a matching pair in the background. 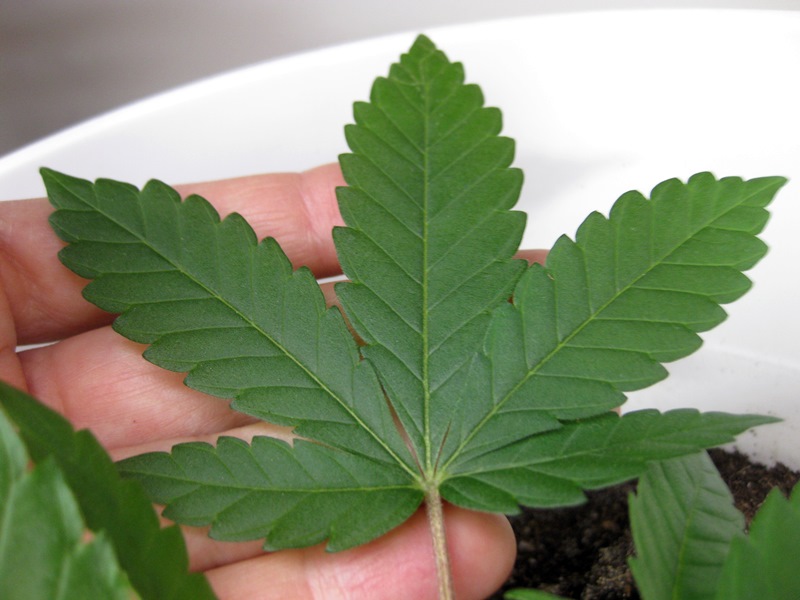 The 5 gallon bucket challenge (which goes by varying other names) is an ongoing contest started by @canna-curate - see their latest post on it for details.

Essentially, grow a cannabis plant from start to finish in a large bucket. To complete the challenge and place on the leaderboard, one must mature the adult plant and harvest flowers. After several months, only four canna warriors have their names on the 'bucket list': 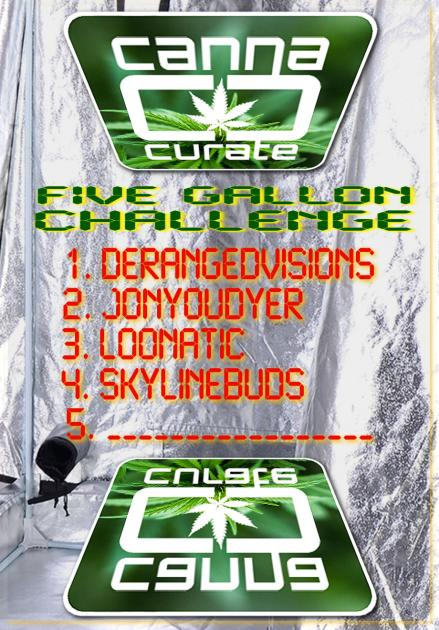 @Skylinebuds is a fellow organic grower. I'd like to join him on the board, and represent 200% organic groweing - using nothing but light, water, air, and plain dirt to produce flowers! I don't intend to compete with other growers in the yield category, but I'm going to rise to the bucket challenge, and do it in style!

That's how it looks after 45 days! In about another 10, I'll be looking toward the flip into flowering. I'm not sure exactly how long I'll let this crop go before signalling "we've passed mid-summer" with fewer light hours per day. I'm just aiming to place, not compete in yield, so I don't need to let it go too long. That said, if it's healthy and happy and seems to have enough nutrients, why not let it go a bit more? We'll see in a couple weeks!

I encourage you to grow, if you're able. If possible, try the 200% organic method. If you want, grab a bucket, and enter the challenge. And if you dare, do BOTH!

And grow in peace.
DRutter

Do you know that you can earn a passive income by delegating to @indiaunited. We share 80 % of the curation rewards with the delegators.

Diggin' those 4-fingered leaves.
The plant's overall size is fairly good for 45 days. Could certainly be a lot worse.

Just another couple months and there will be flowers. Looks great <3

Congratulations @drutter! You have completed the following achievement on the Hive blockchain and have been rewarded with new badge(s) :

That’s the spirit! Whats light cycle you have on the timer?

I don't time the lights closely during veg, but I give them about 14 to 20 hours of light per day, and don't worry about breakthrough light at night. I cut that down to 12 to 13 hours light per day during flowering, with total darkness at night.

That would go nicely with an Indica!
How about some CHIPS and CHOCOLATES while we're at it? : D

Hey @drutter, here is a little bit of BEER from @chubb149 for you. Enjoy it!

Cannabis is such a wholesome plant.