dCity - From Zero to Hero (Episode I)

@steemmillionaire 68
about 2 years ago (Edited)
LeoFinance

I started to promote in real life the idea of owning virtual properties, trying out in bringing more people to dCity. People are interesting, and I see how they get enthusiastic when I explain them all the mechanics of dCity and the blockchain opportunities, but they are all demanding a documented history of such investment.

That's why I decided to build from scratch a new city on one of my alt-accounts, and to write periodically about it's performance as investment.

My idea was to build something cool starting from an investment of $10, which would be the equivalent of a lunch in my real life. I converted the ten bucks to SIM, I did a small round-up, and I ended with 10k SIM.

I spent some hours on the market in order to find some good investments, and this is what I've come with: 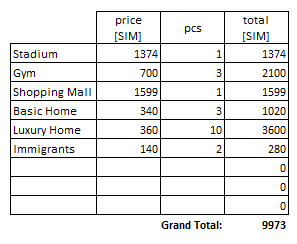 Because this city is built around a Stadium, three Gyms, and a Shopping Mall, I decided to name it Sport City: 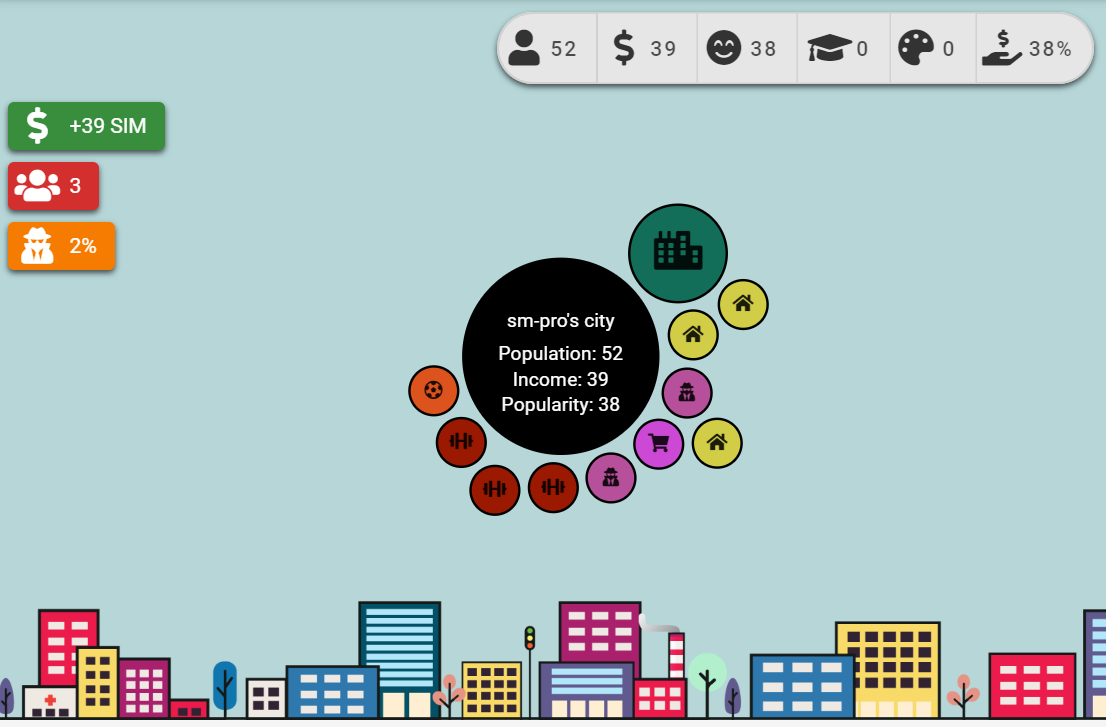 Currently it has a population of 52 persons, a popularity of 38 points, and it generates 39 SIM on daily basis:

Please let me know your opinion about this idea. What would you do different?

The key with virtual is that it is unlimited.

@steemmillionaire 68
about 2 years ago (Edited)

Totally agree with you. Even if some people see it as a ponzi scheme, considering the fact that can infinitely grow, it is still offering amazing opportunities to everyone.