@sharkmonsters 63
over 1 year ago
Splinterlands

Yes, today I had a Dragon Quest

For the leased account I'm playing, that is. I have played a few battles as this account, the one I'm posting with. Let's just say that it's not worth discussing, though. The cards are super weak. That's neither here nor there.

So, yeah, the only Dragon summoner that I have at my disposal with this account that's strong enough to use in the Diamond League is the Delwyn one. He's okay, but a little costly in the mana department for only a magic boost, when magic is usually at least voided if not reflected by someone in Diamond League lineups. Definitely not the strongest Dragon summoner, but certainly the most cost-effective.

The rewards weren't great, but they weren't the worst possible, either. 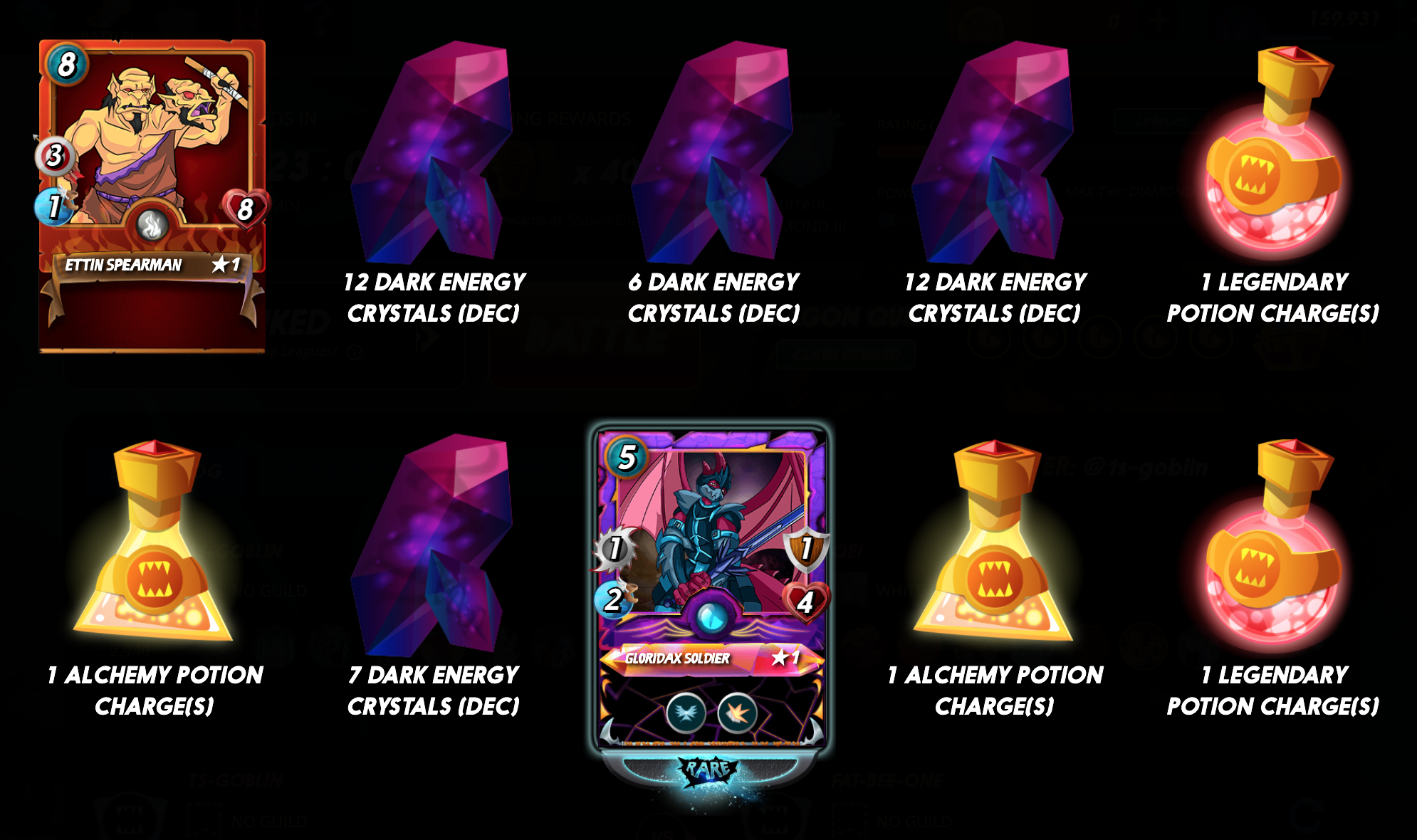 There were definitely a bunch of losses today during this quest attempt, but that's okay. At this point, I realize it's an uphill battle, and that's kind of just the way it goes. Then, sometimes, I just couldn't play that summoner because of the ruleset. It wouldn't make sense to use a 5-mana Summoner like that in a Silenced Summoners match with too low of a mana cap. One of the best cards this account has is a level 4 Epic Summoner Xia Seachan. That got me through a Water Splinter quest the other day and it's a go-to for Silenced Summoner for me.

I'm playing in a few of the anytime tournaments as well. I like the feature, though I do have to say it's a little strange to just buzz through a bunch of team selections, usually not even seeing the battle afterwards. I've seen a few battles, but that only happens if you submit your team after your opponent already has submitted theirs. We'll see how I do, I suppose.

Time to make some coffee