@rollandthomas 76
over 1 year ago
LeoFinance 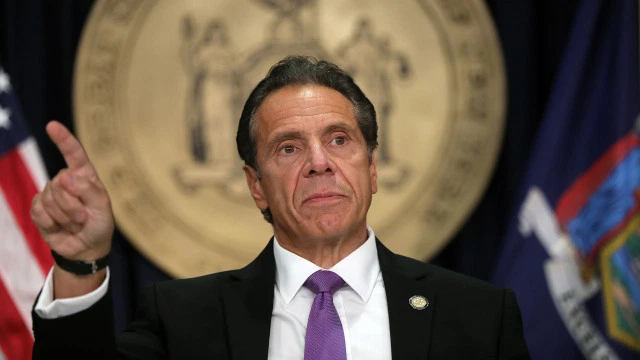 Gov. Andrew Cuomo has been trying to leglize cannabis in New York for years. But lawmakers and Gov. Cuomo don’t agree on all facets, specifically the correct measures to ensure that the poorer population, including those that have been stuck in the criminal system would benefit from a new legal industry.

But when COVID-19 hit last year, business shut down, which meant tax revenue went down, it served as a catalyst to move forward with legalizing cannabis in the state. Gov. Cuomo thinks by legalizing cannabis in New York, it would create 60,000 jobs, generate $3.5 billion of economic activity and generate more than $300 million in tax revenue, which will help close the $15 billion deficit the state is facing.

The Alternative Harvest ETF, MJ designed to measure the performance of companies within the cannabis ecosystem beneﬁtting from global medicinal and recreational cannabis legalization initiatives. The first U.S. and world’s largest ETF to target the global cannabis industry. The Fund holds companies such as Canopy Growth Corp., Cronos, Aphria, etc. And the EFT also pays, not much, but pays an dividend.

My wife told me that she had some cash in her account that she wanted to put to work. I actually recommended my wife buy some shares in MJ, but I told her to never chase price. The best level to pick up MJ would be at the monthly demand at $15, but I'm not sure price will get there any time soon. Also told her if she wants to chase price, to scale in.

Well you have a nice dip today. I’m letting into a position in TLRY now.

Not working out too great but still positive. I had a position but added to it. My calls are down but long shares are up 5%.

I've traded the MJ ETF in the past because I believe in the future of the industry. More and more to me it is looking like Canopy is positioned to be the head of the market, but it is always nice to hedge a bit. Good luck with the trades!

Yes, Canopy is part of my four horsemen and should do well in the future.

We legalized it in Michigan a little bit ago. It hasn't been as bad as I was afraid it was going to be. There are some areas where you have about seven or eight distribution centers lined up in a row, but other than that it isn't a massive problem. I work just down the road from one of the biggest grow and processing centers in the state. They are paying a premium price for farmland left and right!

Yeah, I think there will be a greenhouse or dispensary within miles of everyone in the future.

@rulesforrebels 62
over 1 year ago

How does he have so much time to kill grandma, rub his boners on female staffers all day and legalize weed. This man is a busy guy

@rulesforrebels 62
over 1 year ago

The funny thing, though its not funny, but the funny thing is what people should really be on his ass about is killing a bunch of Grandmas and then hiding it, but the big story has been the me too 2.0 thing.

Prohibition doesn’t work. And that goes for plants, products, and currencies. Glad people are waking up to this fact.

Free markets work, we shall see.

Yeah. But I fear that the cannabis market will be even more restricted than the alcohol market. Ideally one should be able to grow for personal use and the state only come in the moment you sell to strangers to confirm that what you're selling is what you say you're selling (ie, like any other business).

Cannabis Stocks have great potential in the future I think.
I'm always buying dips when I can!