@relaylogix 61
over 1 year ago (Edited)
cannabis 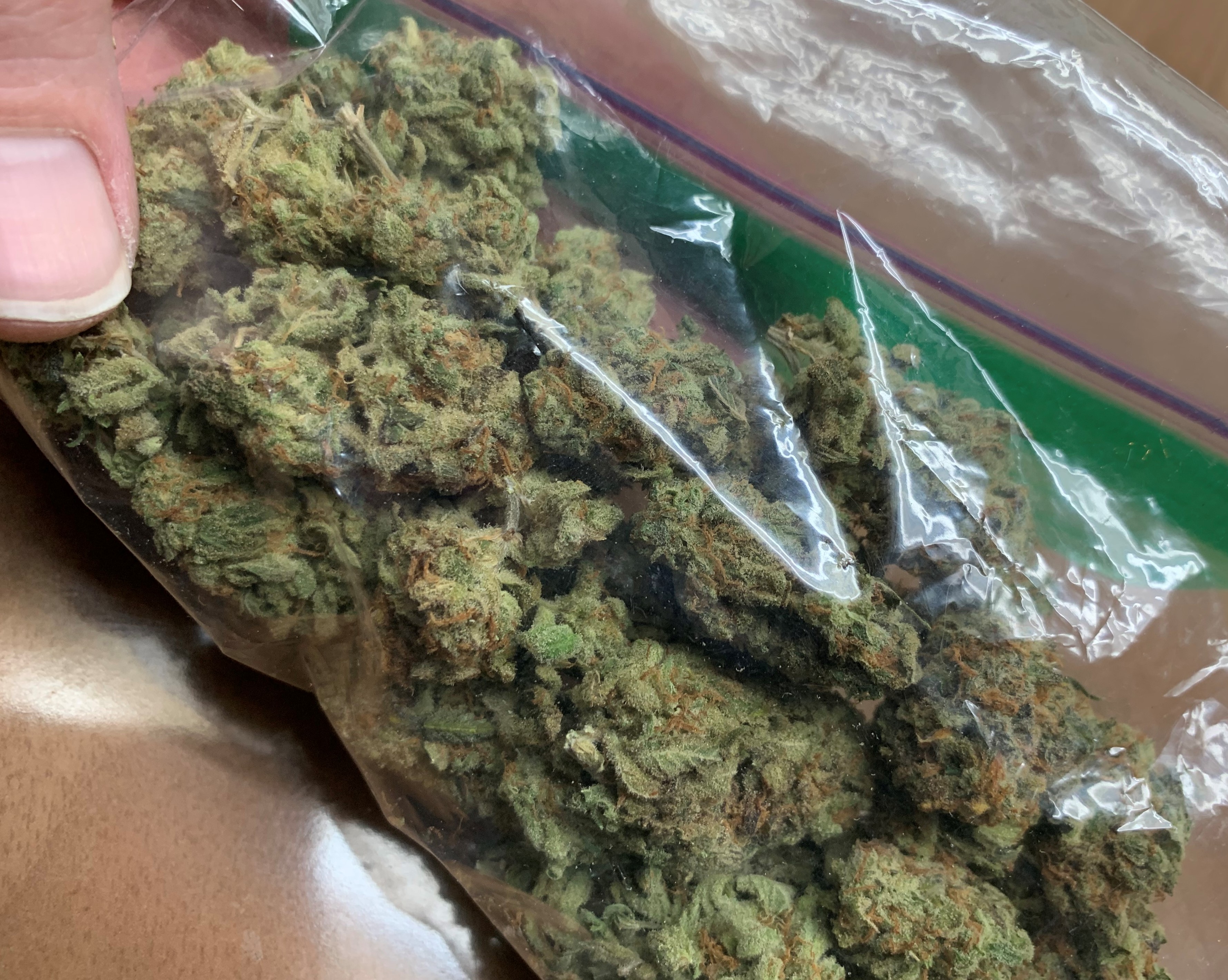 Anyone that has ever acquired a bag of cannabis from anywhere other than a local legalized dispensary / caretaker will understand this post...

It all starts on any given night, sometimes morning; the urge to get that sack of the bomb diggity. Maybe it is because you are running low, maybe because it has been a long day. Maybe just because you really need to smoke that day away. There are many of reasons to re-up as they say. Now begins the fun, the agony, the torture, and either the satisfaction, or the disappointment. Its all a fucking mind trip to keep your little marbles rolling. Just like that mouse in the maze, looking for the cheese, hoping its cheddar. 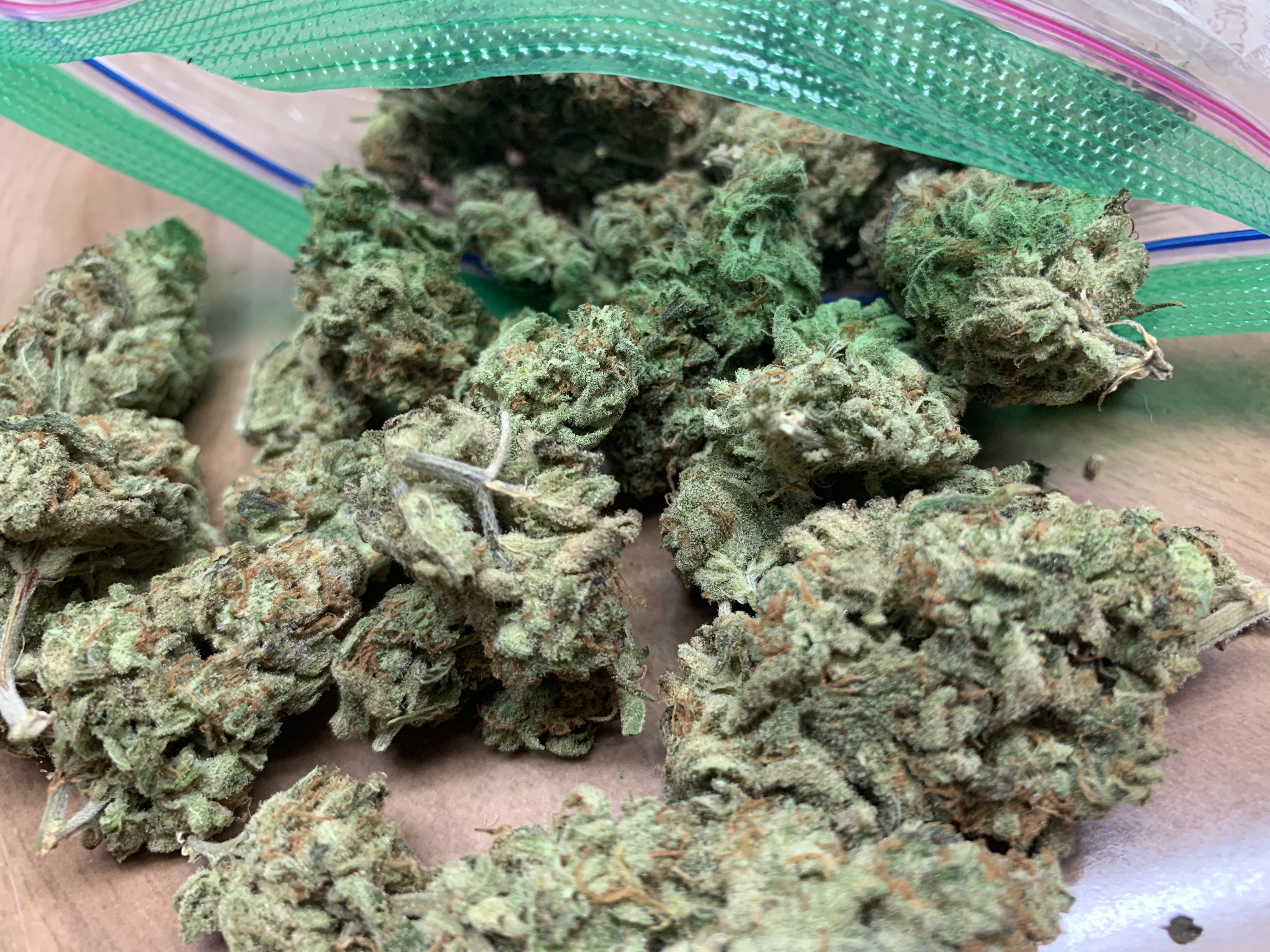 For the sake of argument, let us say you are waking to a new day, a Friday. Your stash is non-existent and your hash catcher is pollenless. I know not a situation any true #naturalmedicine using end user is wanting to be in, or for that matter wanting to find themselves in. We all stay ahead of the game right? Well lets say we didn't think ahead and played up to the stoner stigma for the purpose of this post. We are dry, another one of those well known and dreaded words we use. Yuk, so many shitty terms here, reup, dry, so far these words are not turning me on. All of which indicate I am out of #cannabis in what ever form I am craving. 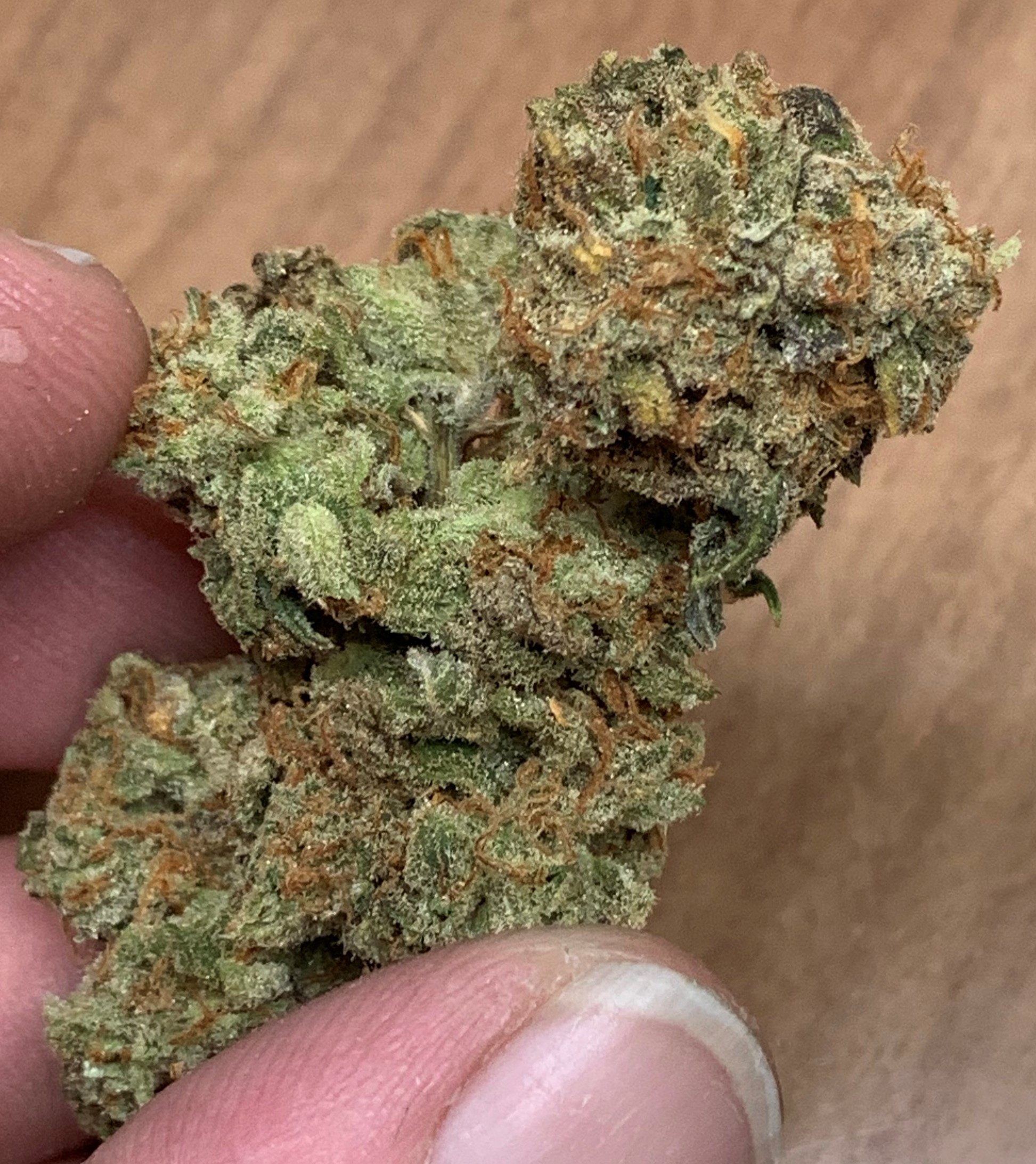 For me it is the flower, the bud, grown on point; and cured to perfection. Don't come at me with that PGR shit, I want some top notch quality canna from a grower who cares.(For those of us that know, that would usually be our own!) This is where the games begin, everybody knows someone that can hook them up with weed, for that matter if you are a consumer and only know one person you're in bad shape, the trick is having the guy that can consistently come through with the quality cannabis products you crave; when you crave them. This is a trait in a black market dealer that is priceless, thankfully I have that guy. 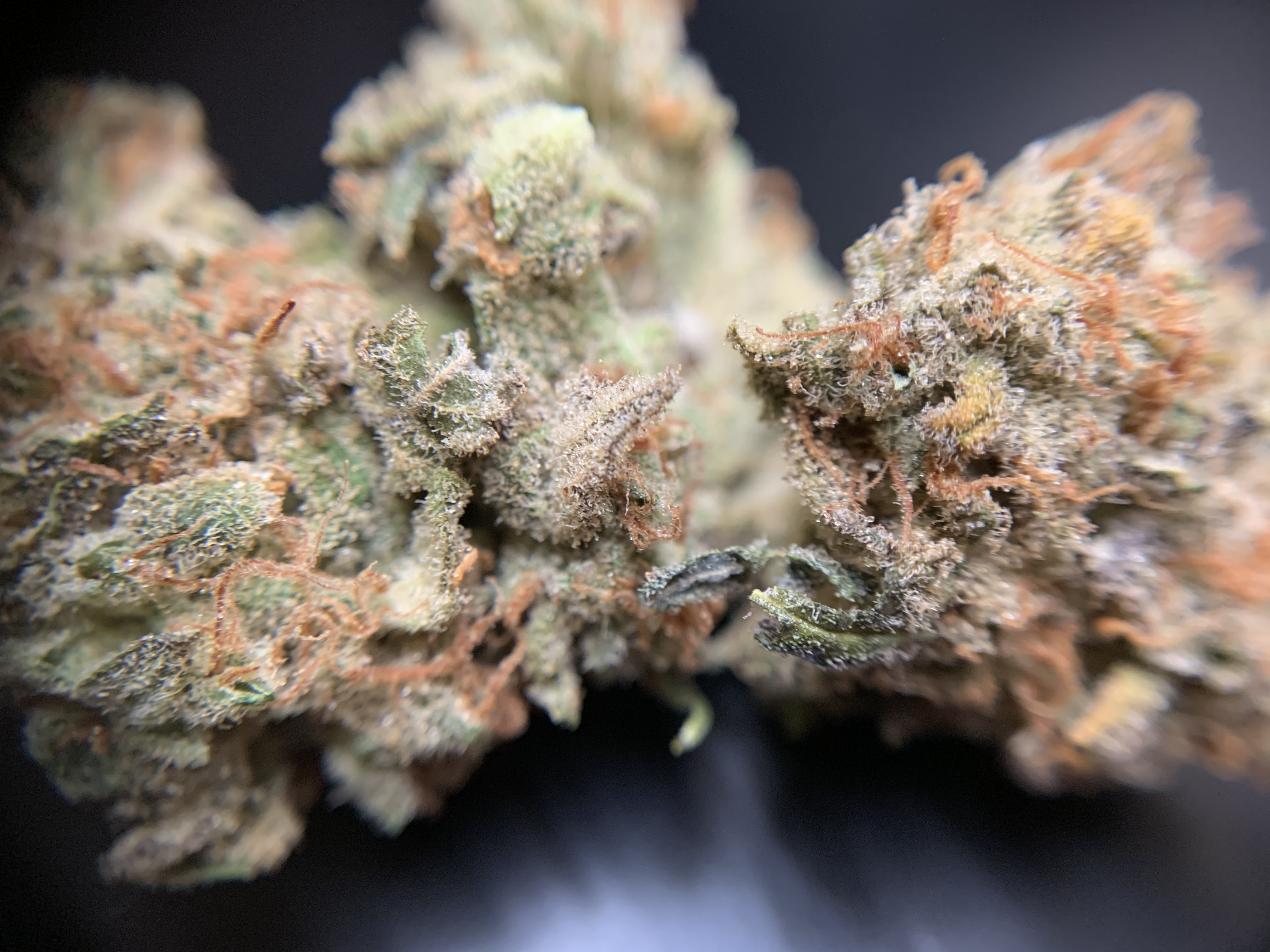 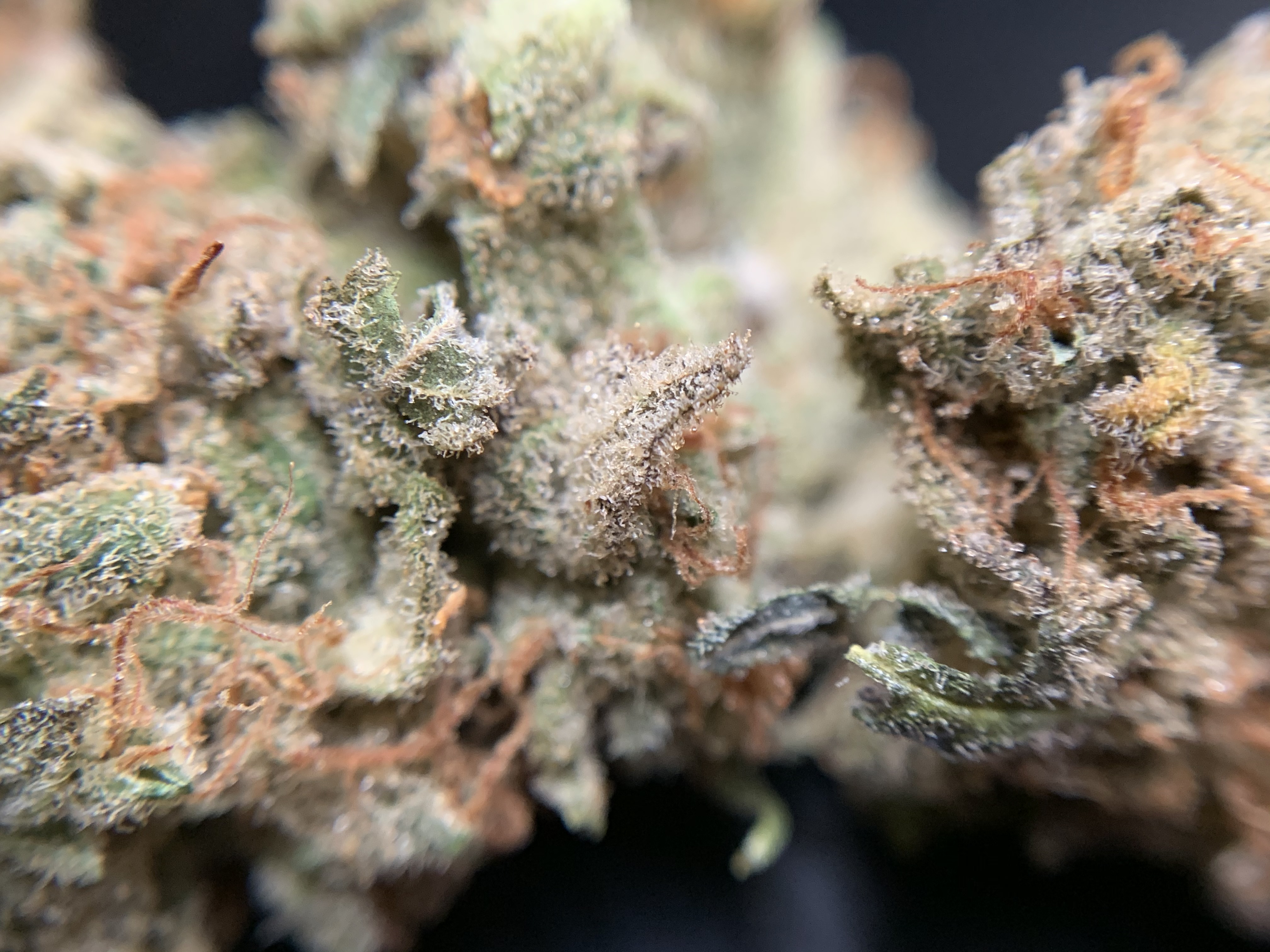 It took many years of carefully crafting a relationship of benefit to each other. He'd bring shit, I'd complain, I remember once not even taking the shit he had. It smelled like hay, 'The guy says its really good...', I don't give a shit, if I can't put my nose to it I'm definitely not inhaling it! When the shit would start coming through I'd stop calling, it got to the point where I'd ask him what it was he had, another great trait in a dealer is knowing what they hold, and even if it was bomb as fuck, if the name was anything that had been questionable in the past I just passed it up. Even when it was flame as hell. Now, he only hits me up when he has top quality, well crafted cannabis. It wasn't always this way though and the rest of this post is going to spin you through the twisting mind fuck we call picking up.

You send out the text, or make the call- Hey anything going?

We all know in the days of big brother we just can't come out with- Hey you got any weed? 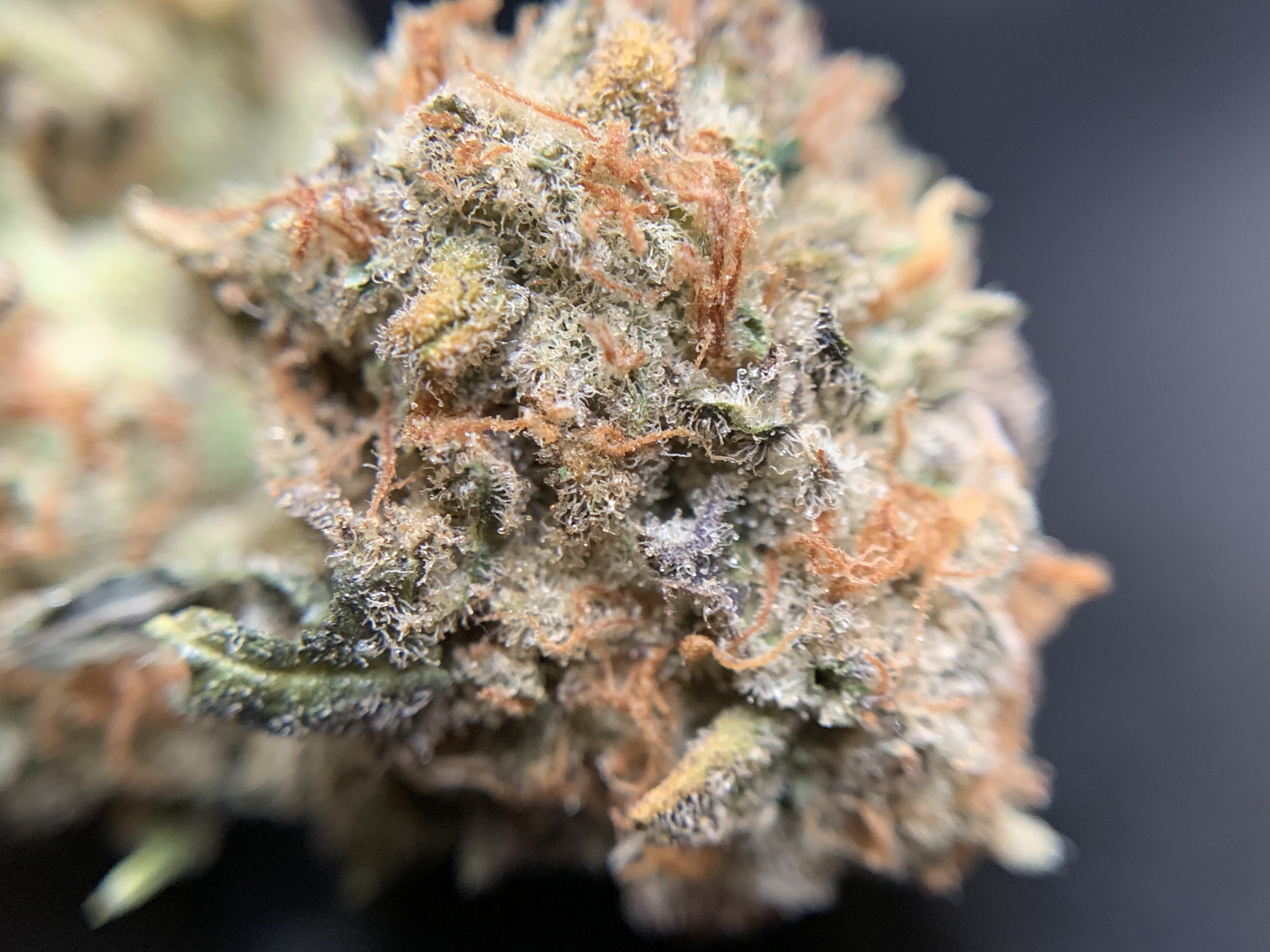 Now the wait, if you made a call you might be in the situation where the dude needs to reach out to someone else, if it was a text you might just be waiting on a reply. Any way you look at it, this is where the time disturbance begins, the point where you can swear it'd been a half an hour waiting but look at the clock to see only 5 minutes had past. Yet in that five minutes, thoughts through your head begin to spiral the longer the duration between interaction with said dude. Thoughts like, I wonder if they forgot?, Did they get high and forget?, Maybe the text didn't go through. With each tick of the clock it seems everything wants you to reach out again. [And the rookies usually do!]

Then, for those of us that know, the reply comes in. Now this is where the mind fuck takes a little twist, two things could be going down here. 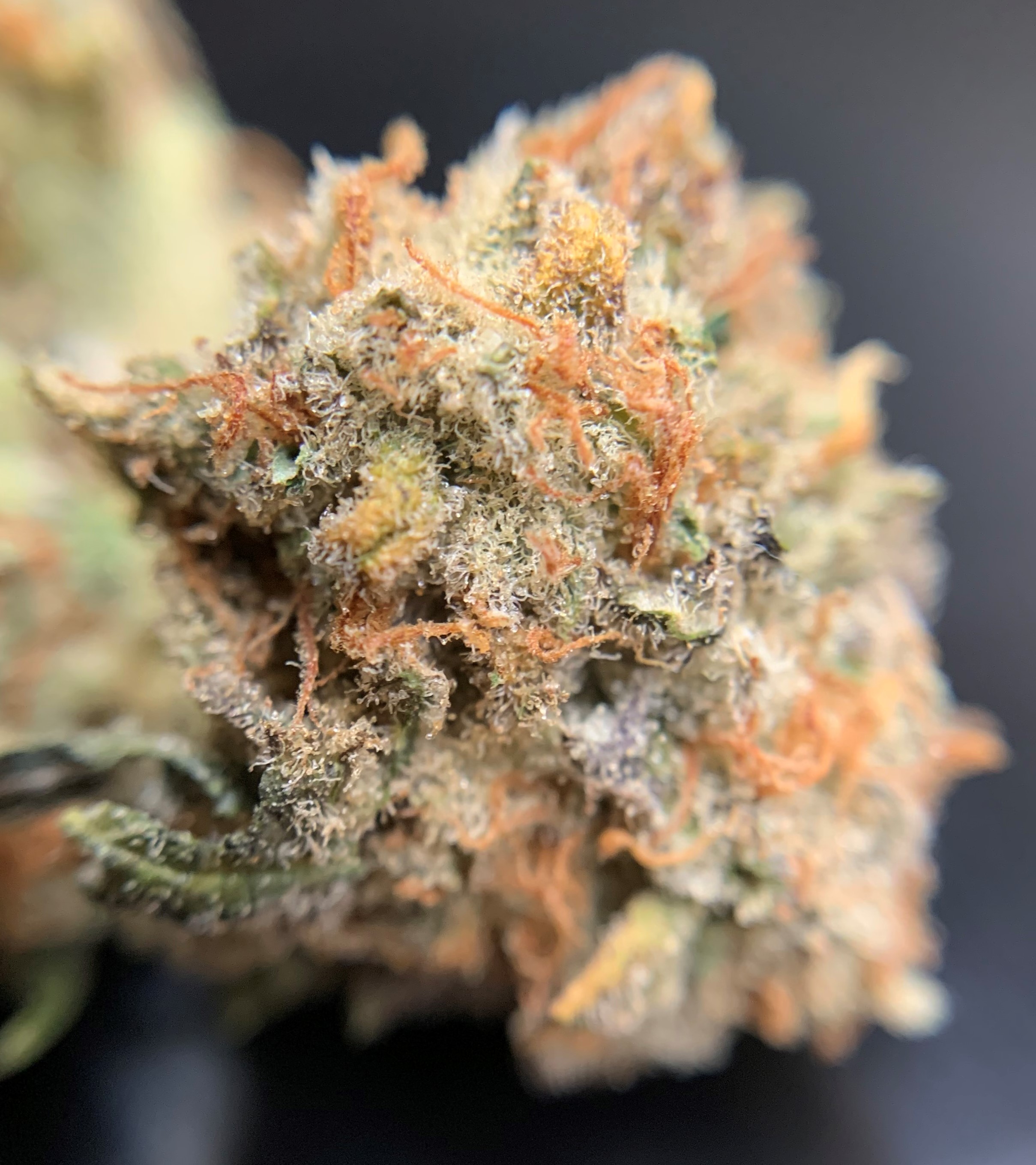 For the sake of this post we will say they can score. This now is a great word, as it is a word that implies we will be canna-in-hand. So starts the next leg of this mind roller coaster, we know we can get it, now the logistics begin. Times are finagled, intentions are made, and a plan is set in motion. Certain questions are now sent out, 'What you holding?, is generally my go to. This is where language means everything. I like the system we have developed over the past years, my reply usually arrives in the form of the letter designation for the strain. I really like this as now I can begin to research what it is I am supposedly going to receive in the transfer. 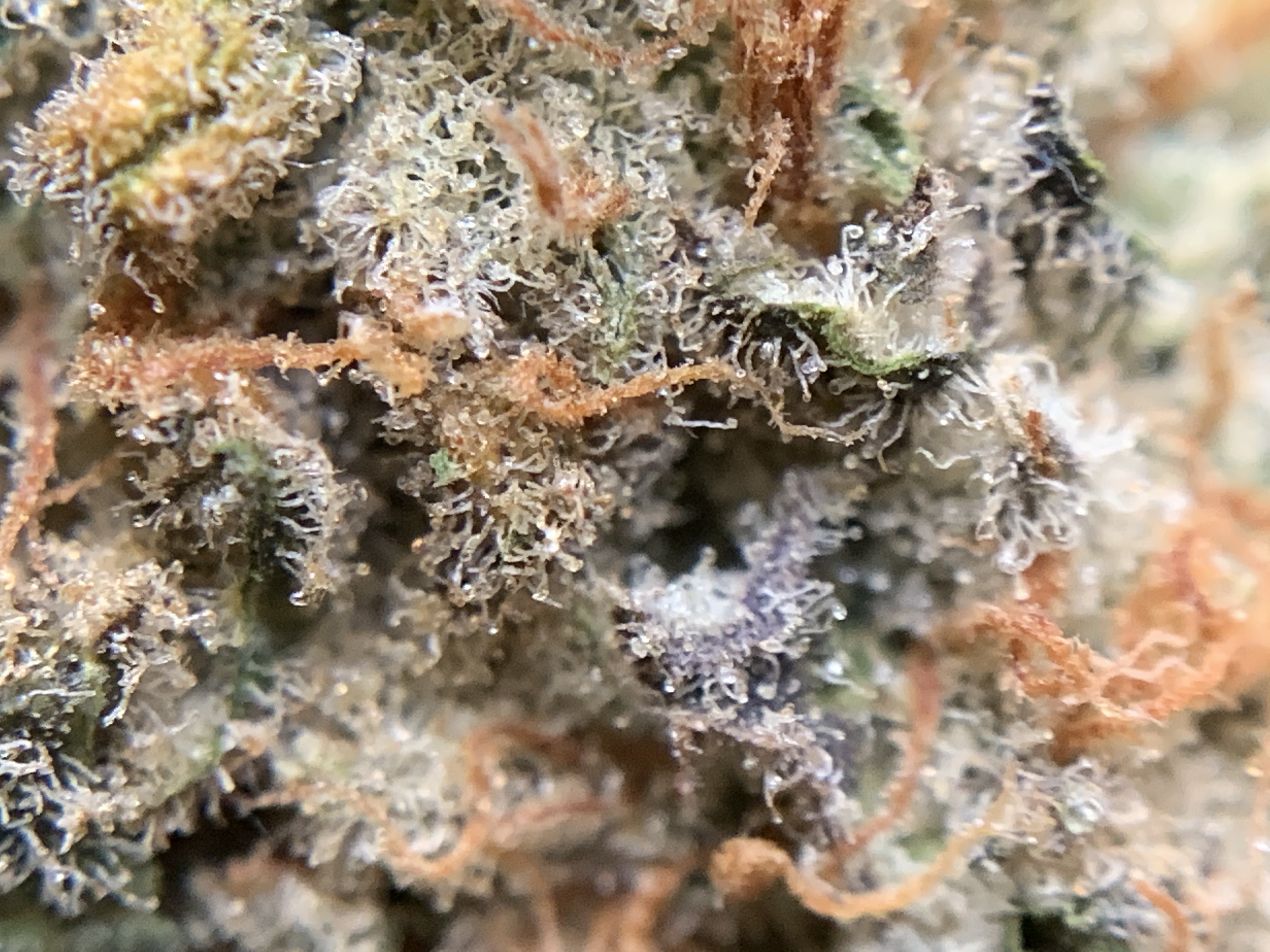 As we start to approach the final actions of the hook up, your mind begins to ease a bit, you know the plan is set in motion, generally you have a good time estimate if you frequent the same source. Your mind's status during this time really depends on that repour built up between you and the dude. If it is like my setup, I don't worry much at this point, the product is generally, I'd say 95% of the time, exactly what I expect. The other 5% of the time I chalk it up to the grower being in-between harvests, because sometimes it gets larfy.

However, if you don't have this repour, your mind begins the next leg of the journey to the hook-up. Tossing in your mind whether or not the bag might be good, will it be fresh, will it be musty, does it have PGR shit, is it really what they say it is? The longer the wait also brings in the thoughts of being forgotten, people dragging their feet, you start to question if it will even happen. In some cases the thoughts that the dude might have gotten popped may occur. These are all natural emotions when making that hook-up. It is not just you. 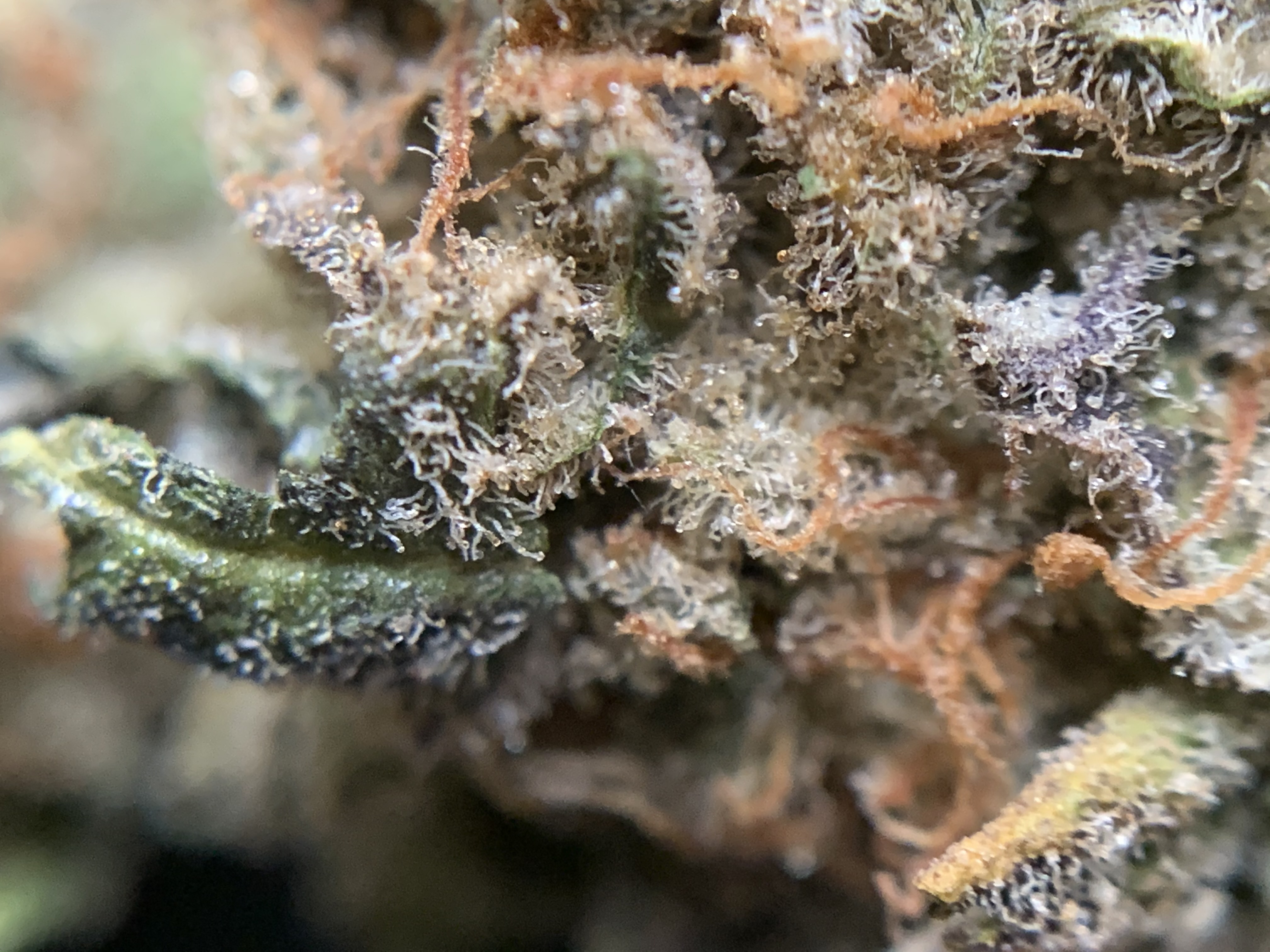 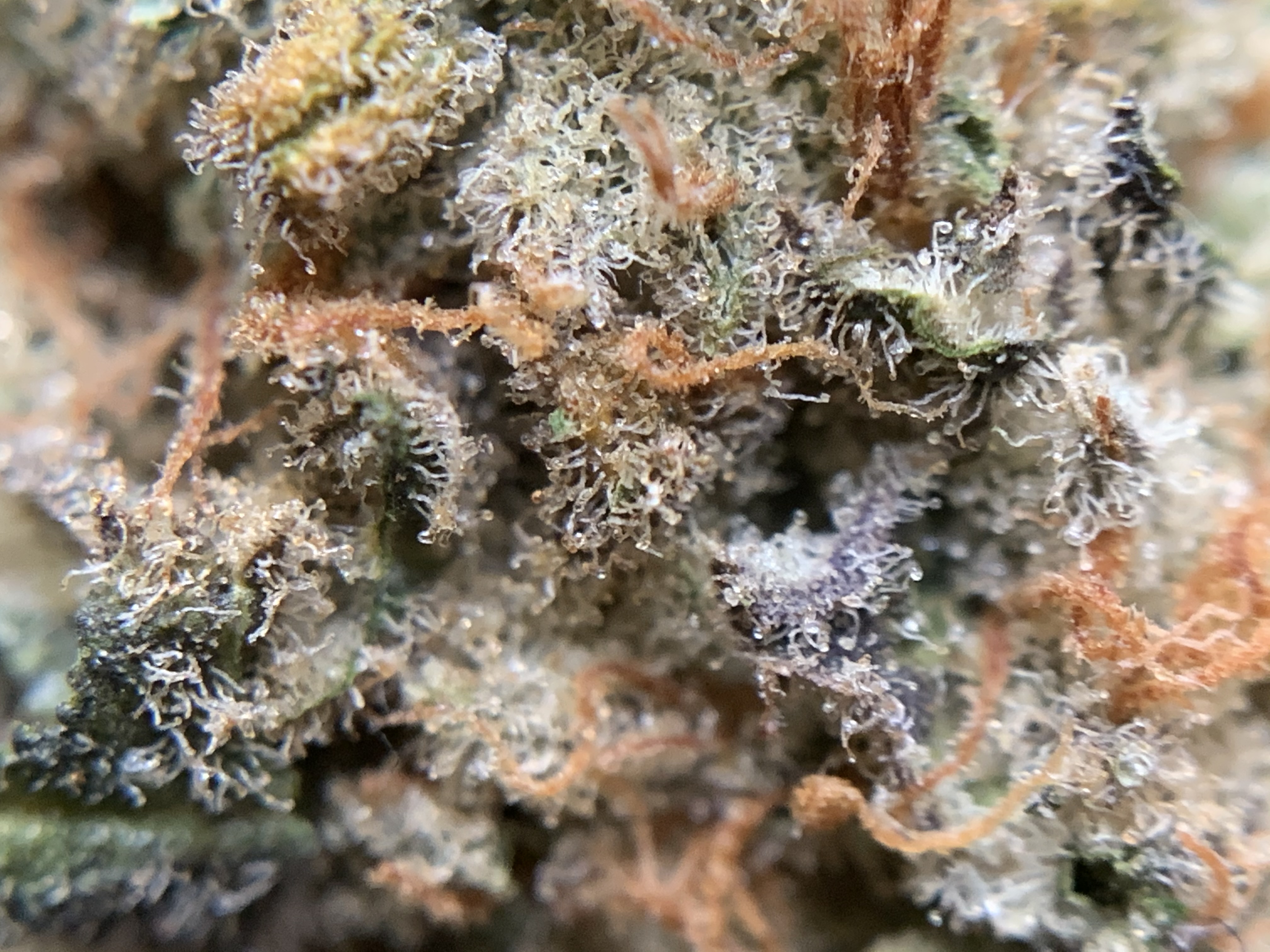 Then the finale, the culmination of the hook-up.

Well you're this far, you got the bag rolling, the gears set in motion, people in tune, let's hope the guy comes-through. There is a fabulous term, this means the dude made the delivery, and it was legit. The ultimate goal of this venture, to acquire some flame. This feeling is 180° different from the alternative outcome, the fall through, or in other words, the dude never delivers.

In the case of the latter, this post becomes a programmers for/next loop and jumps all the way back to the top to start the coaster all over again. With the second time through being a bit more on edge, knowing the whole time you already had been let down once.

The emotional rollercoaster of grabbing a black market sack can be intense and frustrating or warm and inviting. It all comes down to those connections we make over the years that ease the agony. 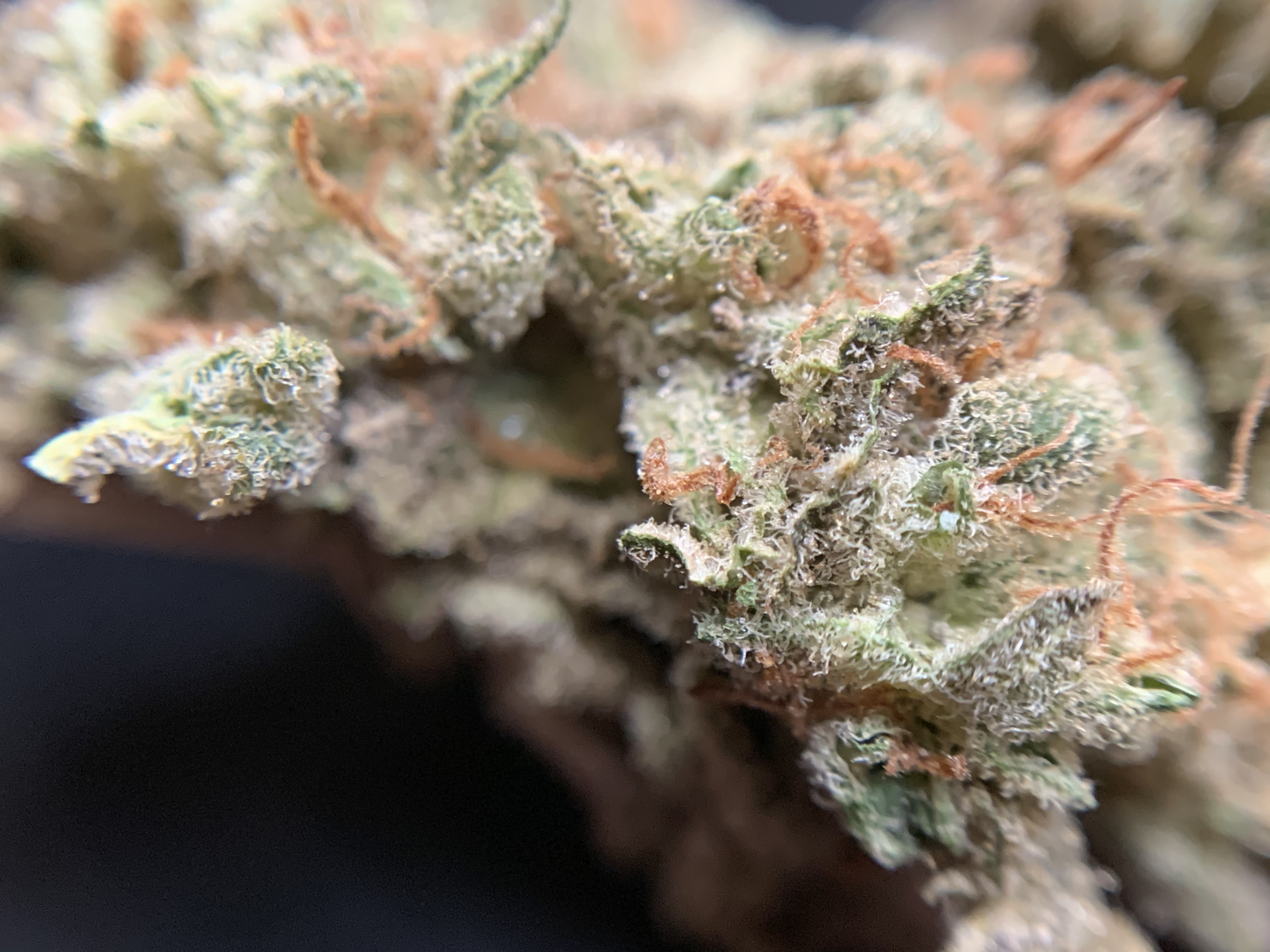 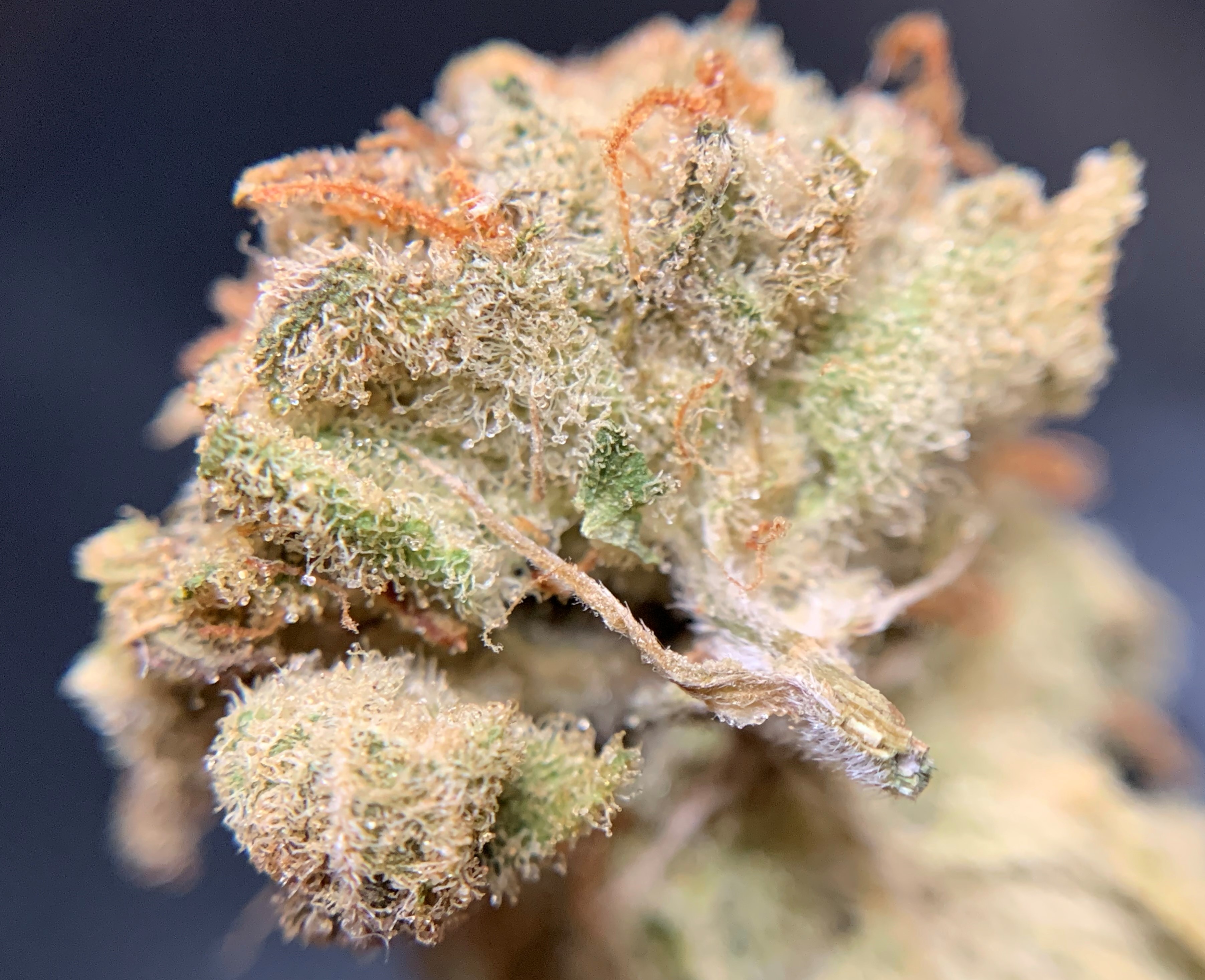 The images on this post I took this evening from my latest hook-up. It is some nicely done Velvet Bud[Leafly] [ILGM]. Tastes great!

Hope you enjoyed my little trip through a mind fuck of picking up a sack!

Congratulations @relaylogix! You have completed the following achievement on the Hive blockchain and have been rewarded with new badge(s) :

This post is also a great example of what anybody can do. You don’t have to grow to make a great canna post! Thanks for this man

Man it really means something to me that it passes the #canna-curate quality approval. To me that means this post hit.
When you all like something it’s like resin on your finger, it travels everywhere.

You’re totally right too, no need to grow to be cool, or post for that matter. Just be yourself and talk about the shit ya know, ya know?

Awesome post, lol! Story of my life until I moved to Oregon 3 years ago, lol. Never going to a backwards thinking place again, lol. I am from Alabama so, yeah... lol

Yha, I don’t generally run into these issues anymore either. When I’m picking up, it’s to take a break from my own warez. I lived in Florence, Sheffield area in AL myself at one point of time. Fuckin nuts down there about cannabis. At least it was when I lived there. Ever been to WC Handy fest?