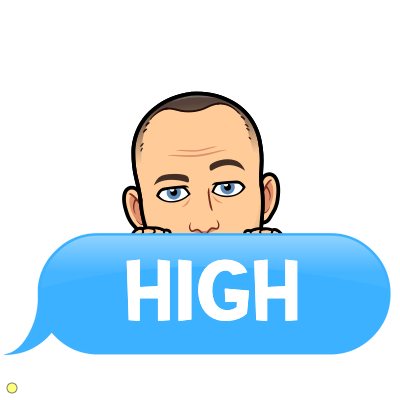 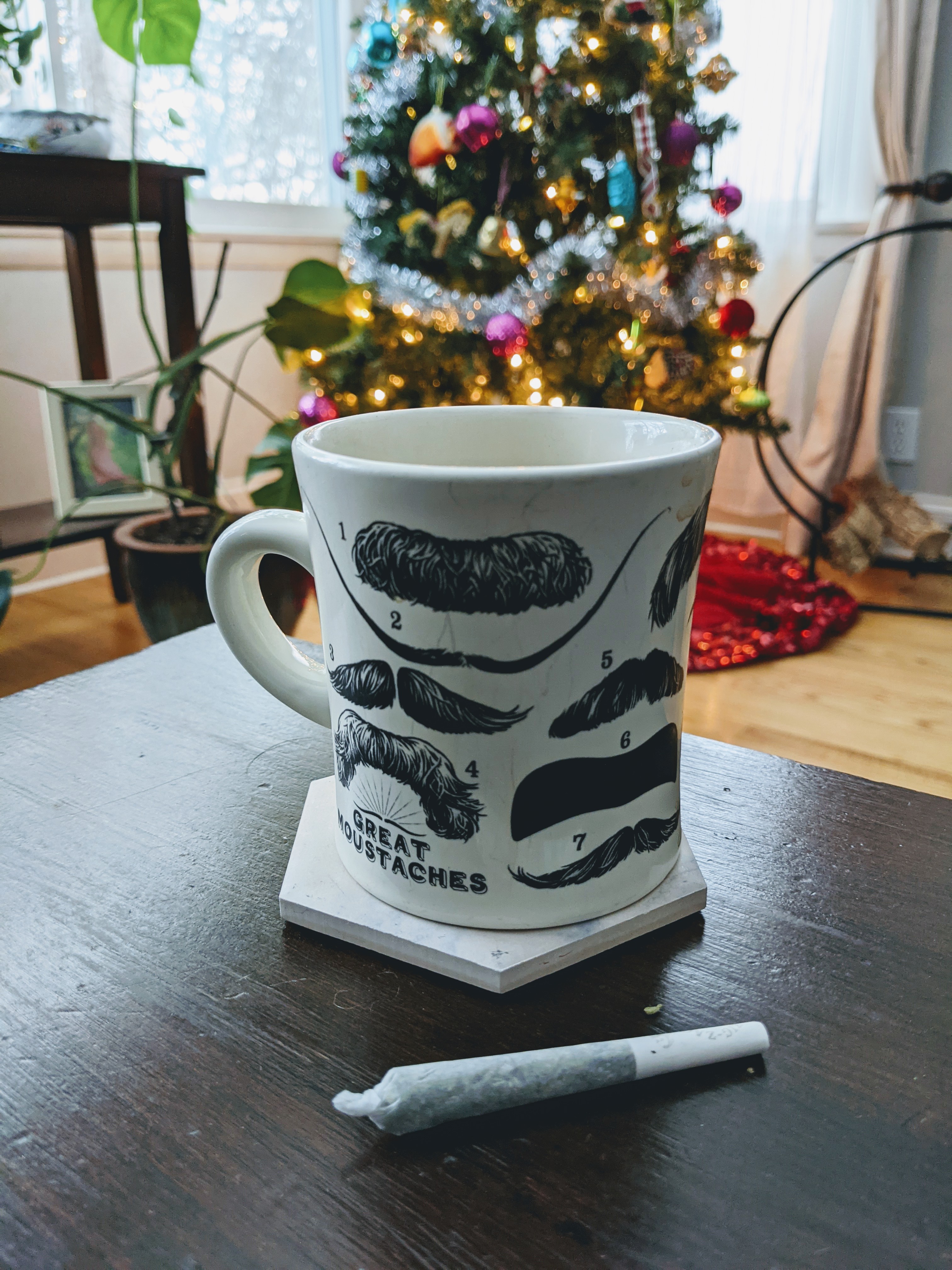 I've already made my last pot of coffee of 2020, but I doubt this will be the last joint. Who knows, though... there are other enjoyable ways to consume cannabis. Maybe I should go out by trying to get high as many ways as possible. I'll smoke this joint, then I'll load of the Volcano, then I'll eat an infused brownie, then I'll load of a bong, then a bowl. I have blunt wrappers that come in subscription boxes, but I'll be the first to admit I don't have the slightest clue what the fuck to do with them other than bring them with me when I'm going to be hanging out with people who know how to roll blunts.

I'm not serious, I don't think I'll be doing all of those things. Mostly because then I'd probably be asleep by 4:20 pm. Then again, the only hope I probably have of being awake at midnight is if I fall asleep really early and then wake up again. Hey Google, set an alarm for 11:45 pm. Okay, cool.

Sorry, I'm rambly today. In the beginning, I could have mentioned that the reason this is my last pot of coffee of 2020 is that it's already the second pot of strong coffee I've made today. Granted, my wife took a bunch of it to work, but that means I've still had over a pot by myself. A pot and some pot.

This is quite a great capture of a performance, in my opinion. The sound is clear and full, and the video looks good too. Someone in the comments said:

That's vague but also accurate. Someone also said they're like the 21st-century Doors, which is also at least vaguely accurate. They don't sound like the Doors, but I get the comparison. Back then, they still had a keyboard player with a distorted Rhodes. It's bluesy, soulful, dirty, a little heavy, a little experimental. Great playing all around.

Had a great laugh reading your post! What a pot of coffee can do to you and your ideas and writing.

I think we shall maximise out pleasures for the year(s) to come. Indulge us when we can and as much as we can. For you, this may mean the experiment of maximising the different intakes of canabis. Love to read your experience reports {not that I'm pushing you :)}

Have another pot and then take some pot! {LOL}

Yay! 🤗
Your post has been boosted with Ecency Points.
Continue earning Points just by using https://ecency.com, every action is rewarded (being online, posting, commenting, reblog, vote and more).