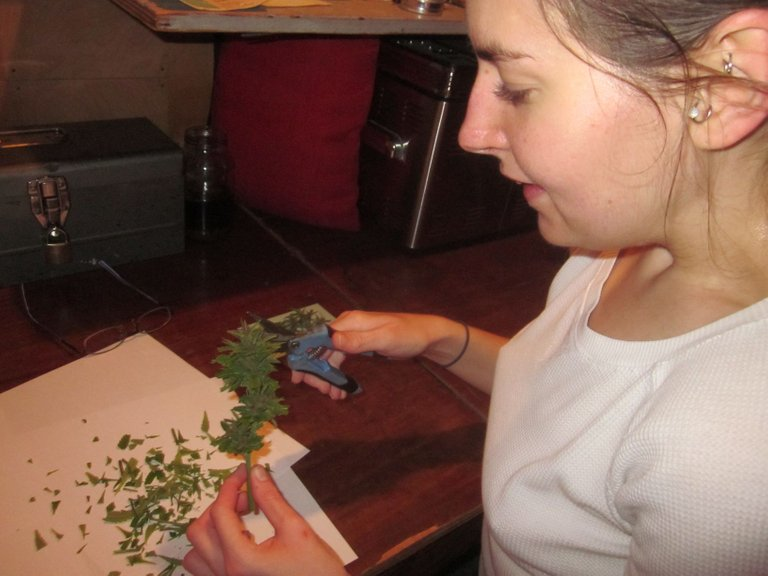 Ligands with high affinity to the receptor binding domain on the S1 (spike) protein have the potential to function as entry inhibitors and prevent SARS-CoV-2 infection of human cells. The cannabinoids cannabidiolic acid (CBDA) and cannabigerolic acid (CBGA) were ligands shown to block infection of human epithelial cells by a pseudo-virus expressing the spike protein as well as block infection by the original live SARS-COV-2 virus including the “UK” B.1.1.7 and “South African” B.1.351 variants. These “cell entry inhibitors” which can prevent virus particles from entering the cell, could be used therapeutically to prevent infection of SARS-CoV-2 or shorten the duration and severity of COVID-19 syndrome. 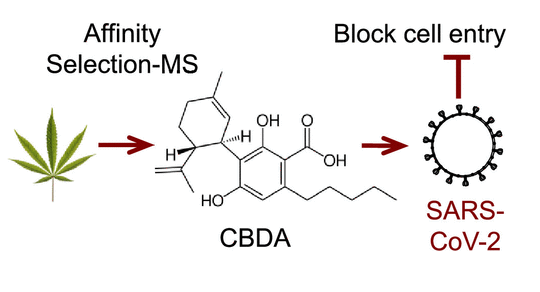 “[B]inding of the viral spike protein of SARS-CoV-2 to the human cell surface receptor angiotensin converting enzyme-2 (ACE2) is a critical step during the infection of human cells. Therefore, cell entry inhibitors could be used to prevent SARS-CoV-2 infection as well as to shorten the course of COVID-19 infections by preventing virus particles from infecting human cells.”

Tetrahydrocannabinnolic Acid (THCA-A), the acidic, non-carboxylated precursor of the most abundant and infamous cannabinoid, THC, was also identified along with CBGA and CBDA as a ligand with the highest affinity for spike proteins. Several other cannabinoid ligands were also identified and ranked by affinity to spike proteins. The uncarboxylated cannabinoids like THC, CBC, CBG, CBN, and CBD showed only weak or no binding capacity (See table 1 below). 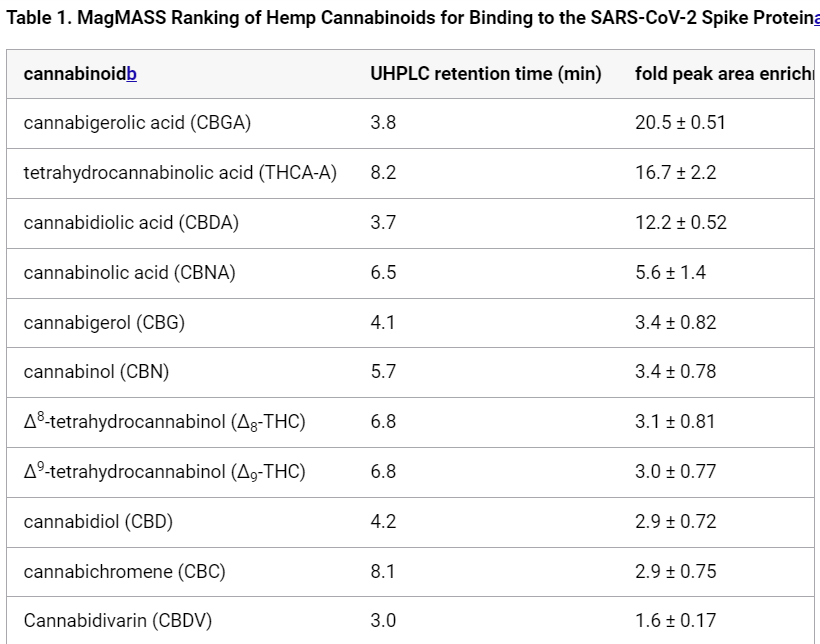 So it appears that strains are not of importance when considering cannabis as a therapeutic for SARS-CoV-2, but rather method of preparation. Smoking, vaping, or cooking cannabis carboxylates it and turns those acidic precursors into the less potent cannabinoids (for treating or preventing SARS, not for getting high). This method of preparation is also used to treat certain types of cancers. 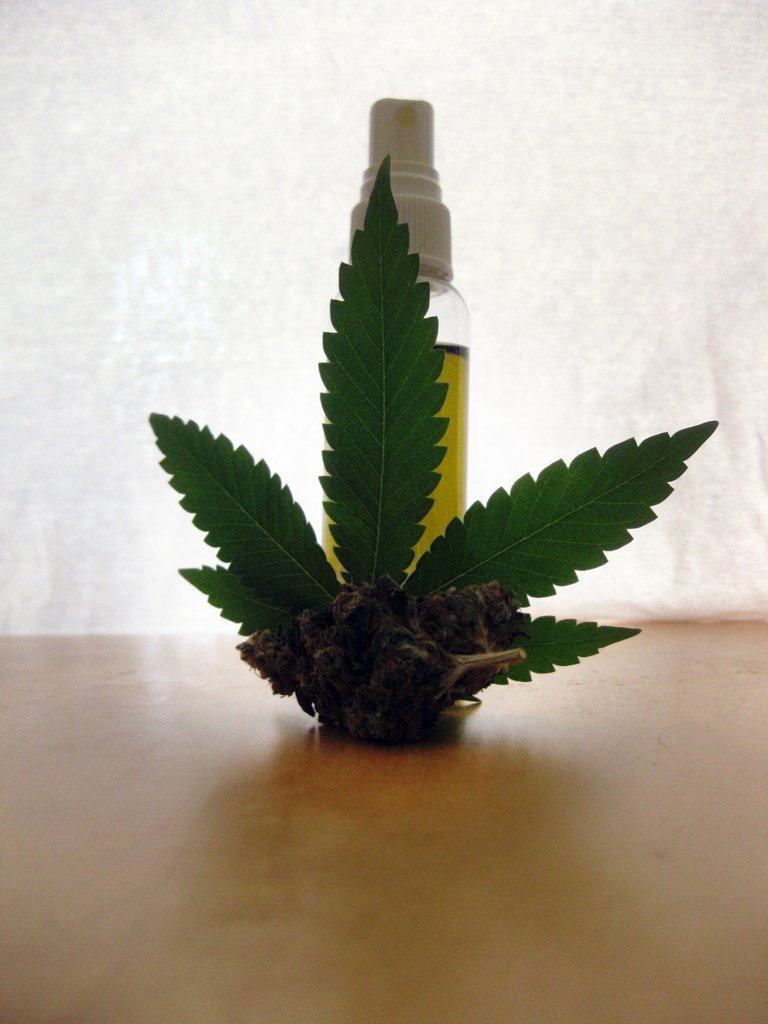 Juicing or eating raw cannabis are the best ways to obtain these volatile compounds; however, they can be extracted into tinctures as well. Note, they are non-psychoactive. If you're already taking HCQ, ivermectin, pine needle tea, colloidal silver, Vitamin C, D, and zinc and such things to treat or prevent COVID or spike proteins, consider adding raw cannabis to the regimen.

Wow, we knew that cannabinoids were antibacterial AND antiviral, but this is great data to see! So does that mean we should eat some of our shatter instead of vaping it all so that we can get some of those acidic precursors. LUV!

Now THAT is safe and effective!
!LUV
I have been saying cannabinoids treat Covid since day 1... great to see more research on it.

heheheh yesss! All those years bashing our heads against the wall screaming that cannabis is safe and effective enough for human clinical trials as there's a hush on its research was bad enough, but then to see the "vaccine" get "authorized" was like a giant spiked baseball bat up the arse!

Oh, you're just one of those crazy conspiracy theorists that thinks cannabis treats like everything from cancer and MS to diabetes and epilepsy. heheh jk jk! Who knew that all those times we've all eaten "failed" edibles that weren't decarbed we were getting quite the physical (just not mental) health boost hehehe.

lolztoken.com
What do you call an elepant who is the head of an Italian gang?
A masta-Don.
Credit: deanlogic
@medikatie, I sent you an $LOLZ on behalf of @networkallstar
Use the !LOL or !LOLZ command to share a joke and an $LOLZ. (2/4)
0
0
0.000
Reply

cannabis is the healing of a nation ✌😋
!PIZZA
!LUV
!BEER

A lot of people saw this study, and said I smoke cannabis but I still got covid, and shrugged. People need to learn more about the different ways to benefit from the many cannabanoids of this plant!

It still wouldn't hurt to stay on your regular regimen, but yes knowing options is good. IMy intuition always told me to have extra 'noids whenever I get sick, and it seems to really help.

How fresh does the cannabis need to be to be beneficial? Cannabinoids tend to degrade over time...

Two doses of that are enough? ;)

Very interesting, I write it down to study more.