Hey guys, long time no talk. I've been keeping busy still. Honestly haven't been posting much as I haven't really been growing much, but have just booted the tent back up and going in again! I was a little disappointed in my last run as I had to chop early due to some unforeseen circumstances, but I can always grow new plants. I made some changes in the tent that I really like, and hope they prove out to be good changes. First big change is the swap to coco and megacrop. After doing 2 runs with organics and supersoil, I liked the end product, but didn't like the fact I had no idea what was going on in the soil, and by the time the plant was showing symptoms, it was a little too late to correct the soil. Second change is downsizing from 3 gallons to 2 gallons. Lastly, I have a tray for the whole tent that really tidies things up, and may look to be bottom feeding with it as well. This time, I'm running 7 different strains, mostly BiF. The lineup is Anvil from Mandalorian Genetics, Kush Auto from Ganjafarmer Seed Co, White Grape, White Martian, Quad Grape, Ghost Toof F2, and Cabernet F2. So far, the Anvil seems to be taking off, with the Kush Auto right behind it. I may have slightly burned some of the seedlings being a bit heavy handed with the megacrop, but I hope they'll grow out of it. 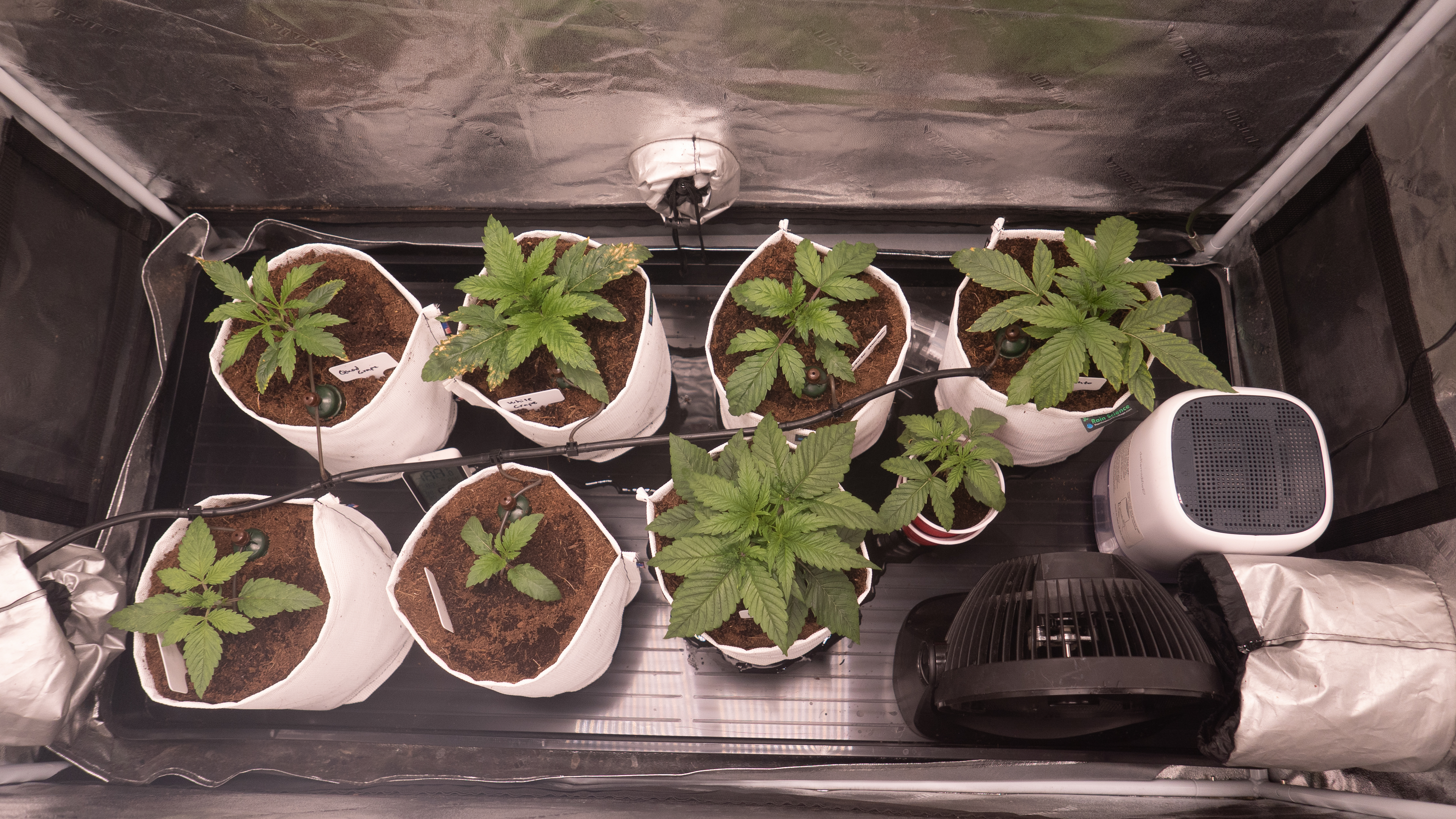 I've also been growing some vegetables outside on my patio space. I have cherry and yellow tomatoes, japanese cucumber, rainbow carrots, and thyme. They will be getting the same feed my cannabis plants get as well with megacrop. They're in coco, and are just about 3 weeks old now.

Congratulations @lancergrows! You have completed the following achievement on the Hive blockchain and have been rewarded with new badge(s) :

Yeah man that is one reason why I decided to go with soil with lite nutes, so I can take control back into my own hands. Plants looking good!