The Yoga Sutras of Patanjali and their reference to the herb

@julescape 67
over 1 year ago
Natural Medicine

I read through the English translation of the Yoga Sutras of Patanjali today, which is a short and concise Sanskrit text on the eightfold yoga path and the process of meditation as a means to self-realization. It is much like chapter six of Bhagavad Gita, which is called Dhyana yoga, with perhaps some more details. These ancient yoga texts are written in aphorisms (sutras) which are single sentences that are very compact and precise in their description. So it takes some comprehension to really grasp the meaning. 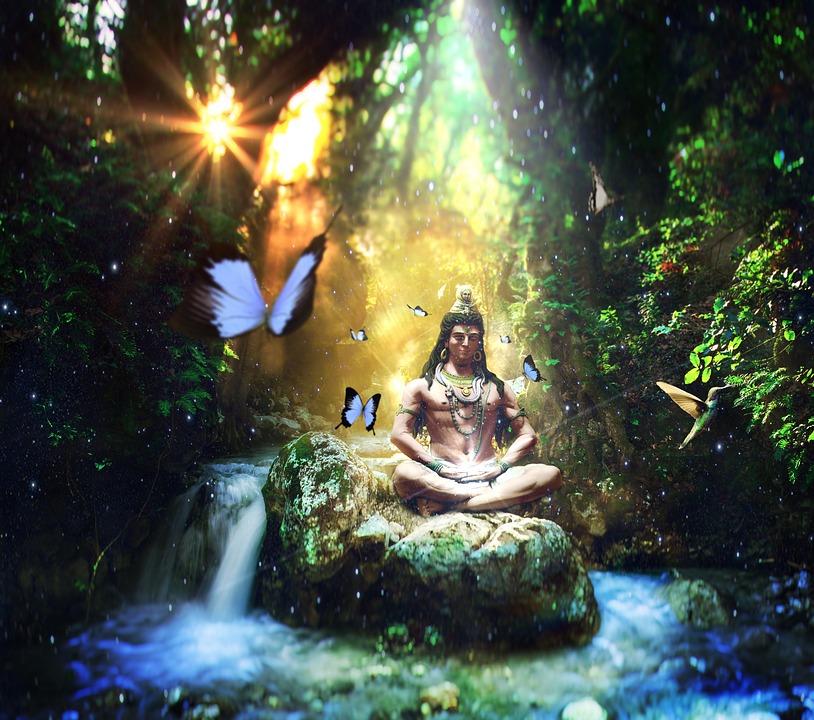 After all, these texts were written thousands of years ago, particularly the Gita. Our understanding of the concepts they are alluding to might be quite different from what was implied back then. That’s why it is recommended that we hear such texts from a teacher who has heard them from their teacher in turn, and that the message come to us in the line of disciplic succession, or in a specific lineage of teachers, so that the purport or meaning of the verses can be conveyed, as well as the words themselves.

Then of course we have the fact that the texts are translated into English and thus some of the meaning might be lost in translation, or reinterpreted according to the limited comprehension of the translator. When dealing in such deeply profound metaphysical subject matter, we may actually be missing the meaning of what is being alluded to since we only have a theoretical awareness of the psychological states of consciousness being described. Trying to interpret such profound yoga texts by oneself is a veritable minefield and so ideally a teacher can help.

One verse in the Yoga Sutras that I found interesting near the end, in the first verse of the fourth chapter, says:

Translation: “The subtler attainments come with birth or are attained through herbs, mantra, austerities or concentration.”

Now I’m familiar with the use of mantra meditation, and can understand the application of austerities like fasting from meat, fish and eggs, and strict celibacy, which are required for the true yoga practice of enlightenment, but it is the reference to “herbs” that intrigued me.

The word “ausadhi” translates as herbs. And along with the other techniques, it is described that there is said to be an elixir which can be ingested to dissolve the barrier between the conscious and unconscious levels of the mind. Throughout history apparently there is a very regulated and controlled use of this herb by some on the path of spiritual awakening.

Now I know what you’re thinking because I thought the same thing. Are they talking about cannabis? Incidentally, my original training in the yoga ashram of my youth strictly forbade any drugs, and that is traditionally the prescribed way of true yoga. But here in the orthodox text on yoga by Patanjali, we have a direct reference to the use of herbs as one of the various ways to lift the veil, so to speak, and allow the yogi to access the higher mind.

Obviously this would not be a recreational practice but would be at a certain time and place, with ritual and ceremony, not a daily pastime. And we must remember that the other verses teach the path of abstinence, austerity and control of the senses with great discipline. And we don’t actually know which herbs Patanjali is referring to here. We only speculate that it’s cannabis because that’s the most common herb used today with any sort of effect on the consciousness.

Since the text was written thousands of years ago, the reference could be to something quite different. Still, my mind ended up going in that direction since I know how much of a plant medicine cannabis is to many today, more than any other plant. And it is actually found mentioned in the Vedas, where it is called Bhanga. Today you can still find it in India all over the place and drinks are made from the leaves, called “bhanga lassi”.

Nevertheless, the process of ingesting it is apparently not by smoking the dried bud but rather by some more gentle process that does not require so much heat going into the lungs. And in my experience one should not take it as a daily habit, but at most only occasionally, with the right intent and focus, if at all. In the long run it may be best to limit the use, since it has the tendency to exhaust the mind and brain chemistry somewhat, and overstimulate the brain.

In yoga the mind and senses are supposed to be withdrawn from the outside world and internalized so that it can be calmed and pacified, whereas cannabis tends to stimulate or agitate the mind. Still, this reference in Patanjali’s Yoga Sutras of all texts, actually mentioning the use of herbs to thin the veil between conscious and unconscious did make me think long and hard about its meaning.

If it's not Mary Jane they are talking about, it might also be Ayahuasca..?
But what the bleep do we know...
Did you know that there is a high level of herbal knowledge that got lost..in the Amazon region. Certain agents that are only activated by combining certain herbs...
But probably the Yogis been high as f... 😅
...not by smoking the dried bud but rather by some more gentle process that does not require so much heat going into the lungs.
Yesir, it's called vaporizer (180-200 degrees).😉
Everything over 250 degrees creates toxics, like smoking (700-1000 degrees Celsius)

Hi there Luca, we can only guess what the reference was referring to, based on our current knowledge of plant medicines in use. As you say a lot of plant knowledge has been lost over time. And I've heard of the vaporizer technique used nowadays. This will be of the great mysteries for us to uncover.

True,true...let's hope the knowledge finds us.
I am also interested in developing sound/voice/cymatics...

I wondered about aya, but I'm not sure they had in India? Intriguing, nontheless. And then there's the issue about whether ingestion of 'medicine' that artificially alters your consciousness is 'yogic' - and would be easily open to abuse. But then - who knows, right? Didn't the Gita mention soma - was that the same kind of thing?

Hey there River, you're right it's very speculative from our modern perspective as to what the herb actually is that is being referred to here. And as you say generally the yogic process does not require the use of mind altering medicines. The Gita and the Vedas do mention soma, though also there we can only speculate about what it actually was. I wish there was more certainty though I would err on the side of caution and say it's not what we think it is by today's standards.

Congratulations @julescape! You have completed the following achievement on the Hive blockchain and have been rewarded with new badge(s) :

From my interpretation we also have to keep in mind that there are endless herbs that nature provides, besides cannabis, that promote health.

Depending on what the health problem is or what we want to optimize, there is a natural herb for it.

Just a few days ago I met a person who told me that he was learning, through direct oral transmission with a native of the land of Argentina, who taught the use of multiple herbs for life, and told us how favorable many of these were, for many things.

It's great, also several of the clarifications you make about the experience you have had with the use of cannabis and how you suggest the use of it.

Thanks once again for your posts, which I love to read as they are closely related to my way of life.