Did You Know? (Three Awesome Things!)

@enginewitty 75
over 1 year ago (Edited)
LeoFinance Did you know that just by holding either HBD in your wallet or savings, you get a yearly 3% interest bonus? It compounds monthly even! How frig'n cool is that? It started just a few days ago, so I am under the impression (and please correct me if I am wrong) that it will accumulate (or be prorated upon the actual time of acceptance from the consensus) for the month of March and everyone that has made a transaction involving HBD. To my knowledge, (and again, do comment and clarify if I am mistaken) this includes anyone that has received a payout in HBD - which is technically a transaction.

This has happened and been put into effect by the consensus (top 20 witnesses) as an incentive for people buy and hold HBD and/or HIVE. Powered-up HIVE already has an interest rate you accrue that is just over 3% itself. Maybe that has something to do with the recent jump in price on the exchanges? Who knows? One thing I do know, I will be converting a lot less HBD into HIVE. Maybe someone will drive some competition and offer a better rate? You know, like how the Exodus wallet gives that close to 10% for DAI and Coinbase only gives you 2%? We shall see. Moving on.

Did you know a new witness has emerged! Yes! @thealliance has decided to throw their hat in the ring to give better support for its community, the entire Hive community and Hive itself. As I promised, I would set up a backup if I got to the top 50 and there you have it. I currently supervise 3 witnesses - my own, @weedcash.network and now @thealliance.

Weedcash will eventually move to its own servers, but in the meantime, I have been commissioned to get it up and keep it running. My own has a new claim as I penetrated the top 50 for the first time ever! Thank you to everyone that continues to keep their vote on me! Super cool that I can fulfil that promise to you all and open up @thealliance witness. Moving on. Did you know I have a Hive-Engine token?? My new PIMP token is coming along! Thanks mostly to the efforts of @eonwarped and putting up with my weirdo parameters on it. I am trying something a little different and hoping it all falls into place smoothly. Only time will tell, but you should be able to start using the tag #pimp anytime and earn some tokens for it.

The majority of it, has been modeled after Hive itself with scaling taken into consideration with the number of tokens ultimately available. I'm not sure at this point, whether or not any miners will ever be introduced, but I am strongly leaning on the front-end integration and hope that happens soon. I've got some interesting plans I want to incorporate into the whole thing and make it wikkid awesome. With that in mind, I wouldn't mind having a pro-bono coder at my disposal that I could share the vision with. Guess we'll see where that request lands. Moving on.

I am curious if anyone here cashed out heavy on the jump in Bitcoin and a few other alts. I have a little, but it is still being hodled. Most of my time and energy goes into Hive and trying to keep up with the proverbial 'Jones'. I do apologize to some of you as the drugs they gave me for my back made me really tired and lazy. But I'm still here! One last thing, REMEMBER TO BE YOU! I always am, even when getting out of bed hurts.

because I can
So Can WE
Vote Witty

Is Voting #WITNESSES difficult?
Let me do it for you!
Set Witty as your --->PROXY VOTER!<---

@blockchainyouth 63
over 1 year ago (Edited)

#Pimp I love it ahaha and those are some good tokeneomics! !WINE

Figure Hive is doing awesome. There are a few differences like power-down times and such which will be gone over in an extensive post once we know it's fully operational.

Wicked, loving the sound of it already

Yea buddy! Starting to take shape! He he he :P

The interest is compounded monthly but it is 3% yearly.

Ooooh snap, will correct that, thank you!

This post has received a 100.00% upvote from @fambalam! Join thealliance community to get whitelisted for delegation to this community service.

Thanks for being my Witness.

Thank you for being on Hive! You're frig'n awesome hun.

Thanks for continuing to make Hive awesome.

I tried. No matter what key i put in it gives me this error message. 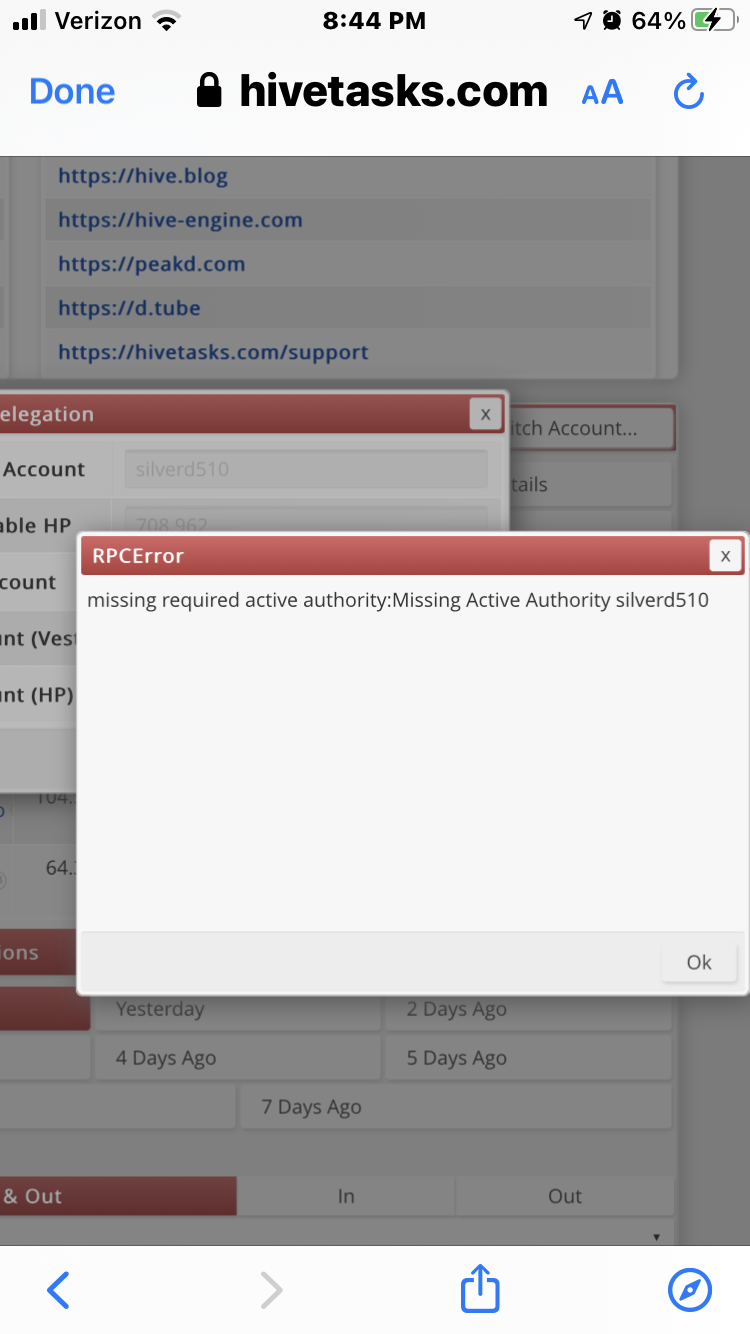 I think that worked. Thanks, now i have to figure out how to dele to thealliance