Topping my Steem OG seedlings a bit early this time

And they're off! The tops of my little cannabis plants, I mean. 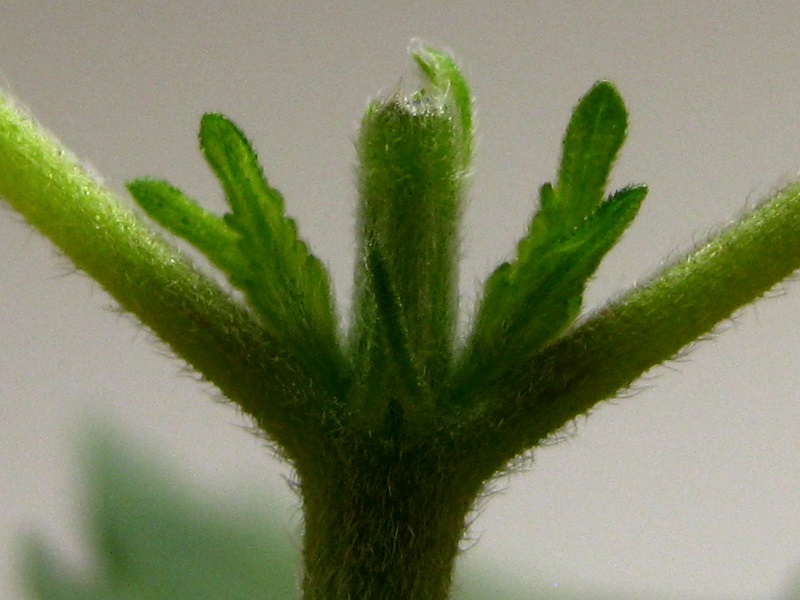 And just like that, not one stem, but two. In the wild, this ability means a young plant that gets injured (perhaps nibbled by something furry) still has a chance at life. Pretty useful. 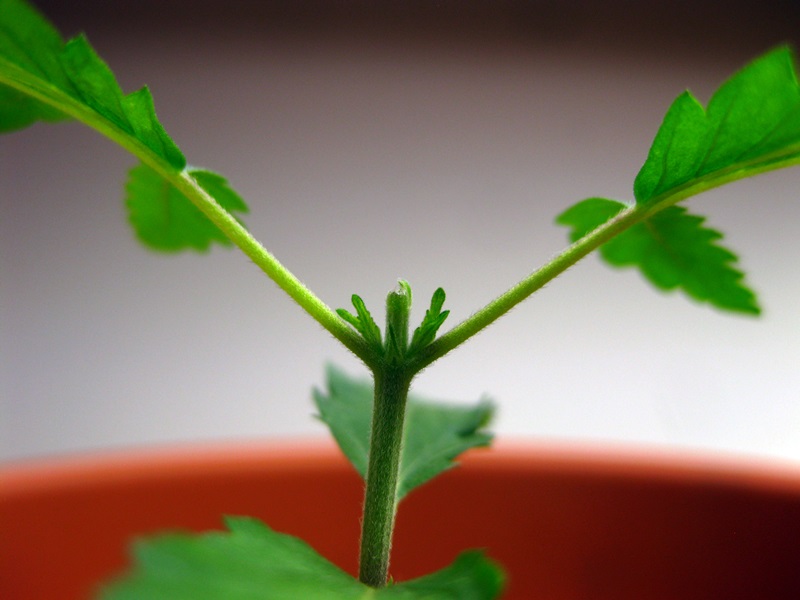 Topping plants seems pretty drastic, but when done at the right time (from about this point, until early flowering) it costs the plant very little, and often leads to favourable outcomes. I definitely recommend it. If you're scared to try it, that's normal! We all were. It's one of those things you wish you'd had the guts to do a lot sooner.

My goal this time is to TRIPLE top, something I haven't done before. I plan to let these 2 stems grow up just a single node, before topping again to 4 stems in a square formation. Then, also after just a single node, I'm going to top those 4 AGAIN to produce 8 stems, in a roughly octagonal formation.

For now, they're still quite small, so hopefully I'm not putting too much strain on them at this tender age (25 days). I've got 4 young females in 4 big pots: 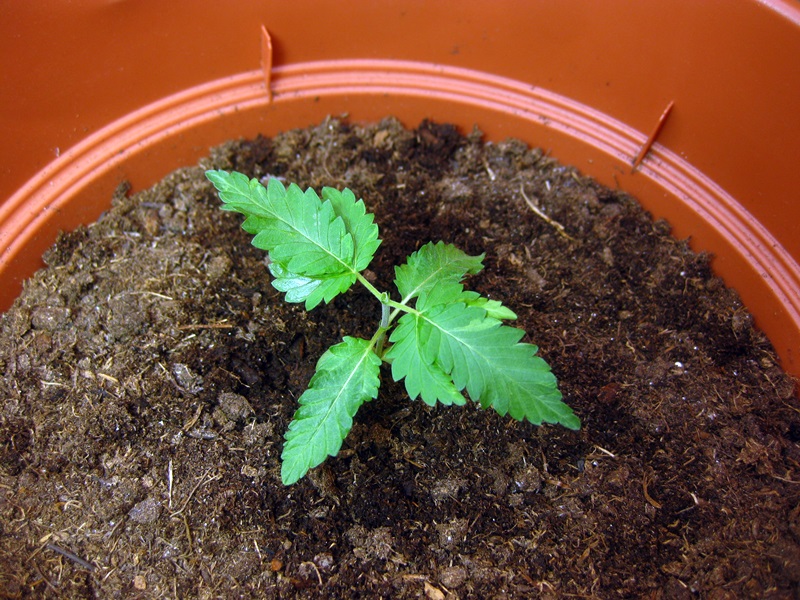 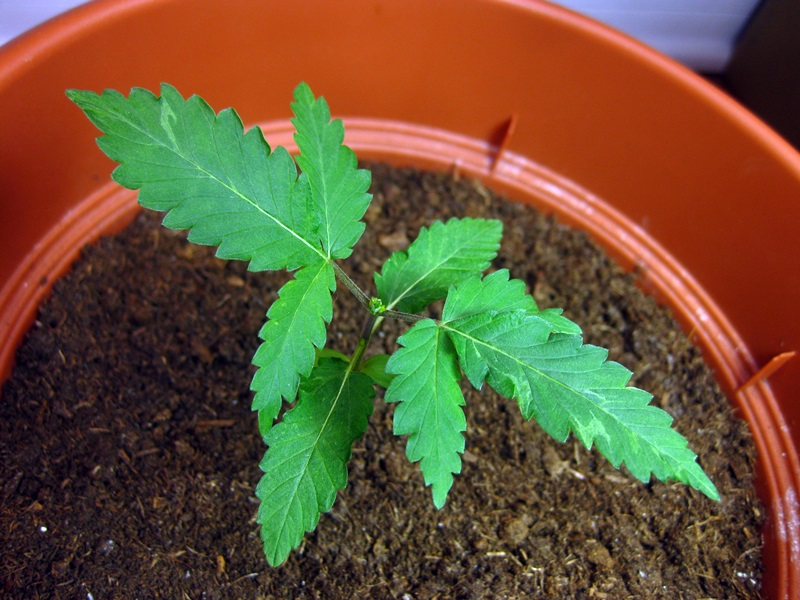 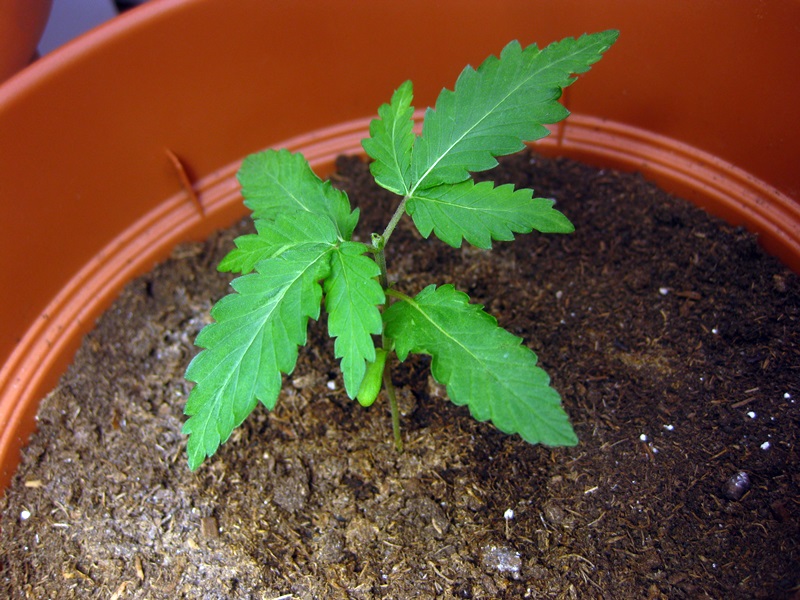 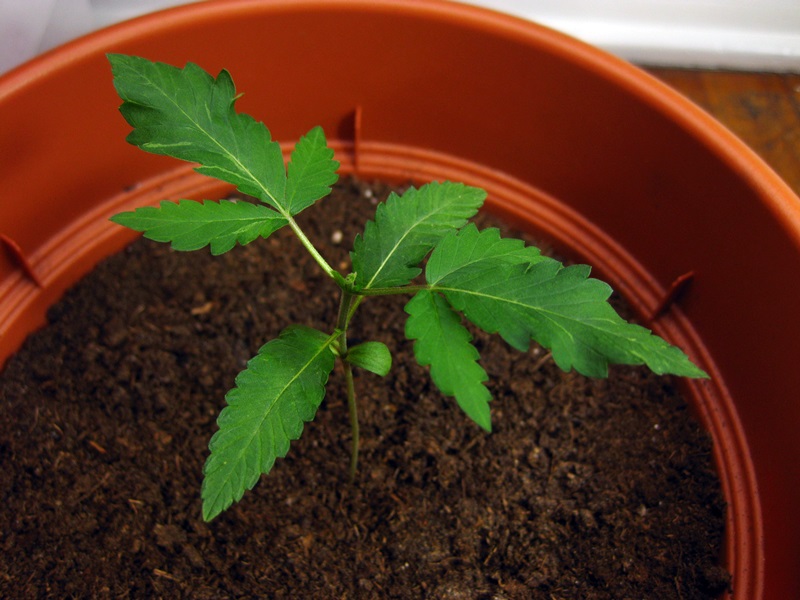 They're a bit homely, but that's normal for my garden. My strength tends to be in the later vegetative and early flowering stages, so stay tuned, you're in for a couple good months of canna-posts :))

Gotta !LUV the gif to add a bit of motion to the post. Makes you feel like you are in the garden : ))

Speak for yourself LOL
Photographs are better because they contain more detail. You can see individual trichomes, for example. Gifs are okay but more photos would be even better imo.
!LUV

@greatesteem, you've been given LUV from @hempy.

Nice one, How can you sex these already? They seem a little young

I think this is my first time growing feminized seeds. Until now I didn't see a need, but last crop was almost all male and I didn't want that twice in a row.

this is nice and clear. I'm going to crop my plant too. And it's all new and exciting for me. But now have a good example thx

Are you growing feminized seeds?

Yes, after my last almost all male crop, I decided to guarantee myself a couple nice females for Christmas! So I will not be breeding these plants, just sensimillia. I grew these seeds a couple years back right in this very garden.

Congratulations @drutter! You have completed the following achievement on the Hive blockchain and have been rewarded with new badge(s) :

I've been topping as soon as possible. Just like you did.

Those young plants are looking like mint!! 🌱😆😉 !LUV !PIZZA