Yesterday was a pretty busy day. I spent the majority of the day trimming the purple punch and the bubblegum, but I am happy to say that I am done with all the trimming for at least another couple months.

It has been nice the past week with nothing growing in the tent. I am going to be cleaning my grow space and getting ready for my next grow. For this one I will be just growing three plants in the tent because if I planned on growing four, I would need another bag of soil and then I would have leftovers. Three plants is almost the perfect amount for one of the large bags of Fox Farm Ocean Forest.

Neither of the plants smell like they did when they were growing. They both have more of a subtle smell, but it is pretty potent when you first open the jars to burp them. I already have the Boveda humidity packets in there because they were pretty dry, so that should help to give them a bit more moisture during the curing process. I normally wait to put those in the jar after they have been curing for at least a week, but I just want to make sure that the conditions in the jar are optimal for curing.

I am going to be trying these strains out over the weekend to get a first impression, but they should continue to get better during the next coming weeks. For my next grow, I will be growing bubblegum, northern lights and gorilla glue. I am excited to grow some gorilla glue. I tried to grow that strain when I first started growing, but I didn't have any luck germinating any of those seeds and I ended up wasting them. I am pretty stoked to get more northern lights as well. That was my first strain I grew and I am looking forward to replenishing my stores. I don't think I am going to weigh everything from this last grow, but you can see that there was a lot from those four plants. I have already given away a few ounces of the purple lemonade as well since that one has been curing for a few weeks already. That is such a fun strain too. 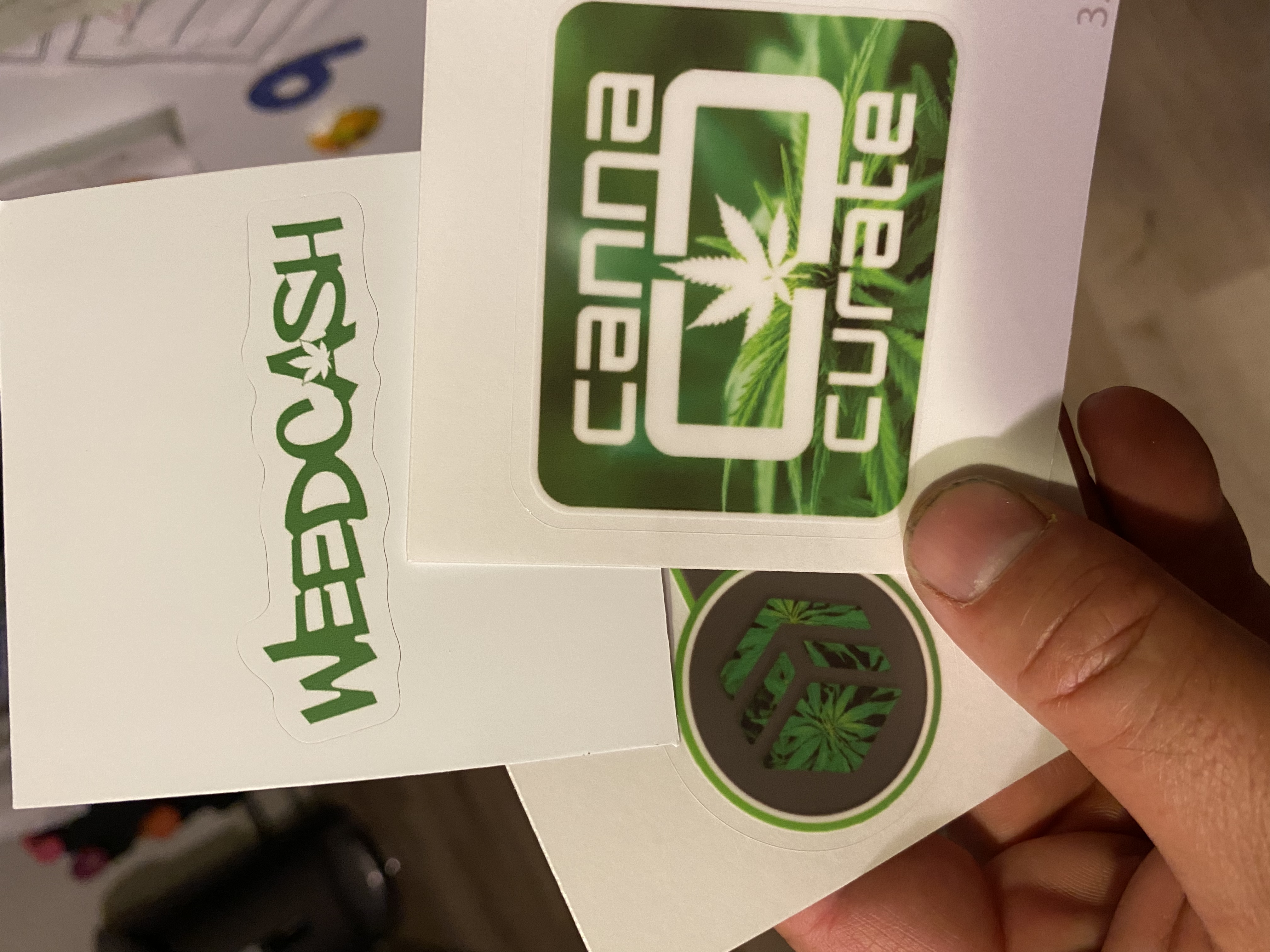 Nice man. I could always use some more stickers

Thanks man. Hopefully you are able to use cannabis if you feel like it will help you. The laws regarding cannabis worldwide are pretty stupid.

Hope you will be able to do it legally where you live soon. I think most of the world is going towards legalization. I just saw Thailand was thinking of legalizing it to increase tourism.

Wow...The site is pleasing...it is very colourful and attractive...I was scrolling through but I got attracted to it and I find it appealing ❤️❤️❤️❤️

Awesome to see the harvest turned out well!

Ya, I am pretty happy with it. Each harvest is better than the last, so I am excited to see how the next one will go.

You can see the difference very clearly when you look at the jars. Great harvest, congratulations 👏👏

Ya, it is pretty cool how different they all look.

I just got my Purple Punch seeds today

Nice man. I am really looking forward to trying it out.

Nice harvest, How long do you normally hang dry?

I was hoping for 7-10 days for these, but the weather has been so dry here.

oooo mamma mia! the stuff seems perfect to make your eyes red. !1UP

One can only look at these photos and dream a hazy dream far across the deep turbulent seas waiting for their place to let them grow, harvest and consume in peace.

I remember going into a dispensary back in the day when we weren't sure how the whole legalization process was going to turn out and seeing a strand named Green Crack. I told them, names like this ain't going to help us, none guys. My girlfriend won't let me smoke anymore and since I'm an illegal immigrant (I'm stuck here because of Covid.) it does make sense to quit, but your beautiful pictures today sure make me miss it. I could almost smell your photos.

Ya, the Green Crack name has a lot of negative connotations to it. Some people prefer to call it Green Kush instead.

Those look great!! I can't wait to read about your first impressions.
That purple punch looks insane. so dark.

I had some of the purple punch last night. It is a really great strain for pain and relaxation without too much of a head high.