Having some crazy dreams and waking up late for work.

My brain is working though and i got to work just a little late. I happened to maybe hit a small button on my phone, on the alarm widget that may have turned off alarms. Its the once in a while random situation where i sleep too late by accident.

Or was it a dream, must have been.

I havent been hitting the vape the past month and i have had a resurgence in dream sleep, otherwise known as REM sleep, or rapid eye movement. The THC in my vape cartridge or weed basically has an effect on dream sleep in which it will delay REM sleep. So people who chronically smoke a lot will usually not ever remember dreaming. Ive been on and off for a long time, maybe 20 years now. Bad habit picked up from the good old days of being a teenager and wanting to party. Out of all the vices in life though i truly feel it is less harmful. Compared to cigarettes, drinking alcohol, heck maybe even coffee. I think its a myth that it leads to harder drugs, but in some cases it can be true too maybe but theres many factors.

So in this dream it felt like a video game environment, in which i was in a made up house. Resembling the Resident Evil series. From what i can remember now there were other people there. I remember being in a room with furniture, and suddenly a man popped out of no where, seemingly from a cabinet for some reason. There was a need to look for things, like a video game. I began to look around, open and close a couple doors. There were the other people that i began to try and talk to and follow them around.

Although i couldnt quite follow them fast enough, then there were these tight stairways, not dark actually. But in my dream i could hardly go up the stairs, which have to do with the fact that the body goes into a heavy relaxation, basically paralysis in REM sleep. So in reality our body doesnt react to the brain thinking of a movement. In our dream it can be perceived as having a difficulty moving.

Somehow i keep climbing sets of stairs though. I come to a darker area, maybe a bathroom with mirrors or resembling some kind of atmosphere from a video game that i have played. The mirror was a portal, or something like a portal situation happened. Some kind of other event may have transpired, or something to do with other people but now my memory of it is fuzzy. Usually we dont remember much dreaming because it doesnt get stored as a hard encoded memory in our brains.

So i wake up naturally, quite possibly right out of this dream. I notice my phone was on the floor, just fell off after some movement. Im very much on a rhythm and routine but i see that its 8:20pm and im already late for work. A moment of confusion, realizing my alarm didnt go off as usual.

Ended up still making it to work just slightly later at about 8:40pm, when my usual start time is 8pm. No big deal, just 1 patient was already there, and is a cool guy.

Now i have time to chill and make this post

Sometimes, one will have some dreams and won't want to snap out of them😄😄

It’s very tough, when I dream and try to run from something and it just doesn’t work at all. Funny, eh? 😁

I don’t know about coffee negative effects. Most of them are still a myth, as far as I know. But maybe you, as a medical worker may know a bit more? I have watched a lot of these doctors’ videos in YouTube where they debunk most of the coffee myths.

Anyway, have an easy shift!

Im with you man. Coffee is mostly a good thing. Only thing is that wayyyyy too much caffeine can actually kill a human. But our cinnamon coffee crew is safe lol

Yes interesting that running in a dream is funny, doesnt work well. Keep rockin man, hope you been good.

Hey @mdosev, here is a little bit of BEER from @captainquack22 for you. Enjoy it!

Weird ass dream indeed. Funny I used to get similar dreams on days I didn't smoke. Mines were very apocalyptic and end of days scenarios, I was watching tons of supernatural at the time though. So maybe your theory is pretty true.

Heck yeah, def some truth. Ive had that resurgence many times. The supression of REM basically. Other things cause suppression too, like anti depressants.

Thanks for stopping by tho, keep rockin.

Sometimes the dream is bad, but I don't want to get out of it.
!LUV
!MEME
!PGM 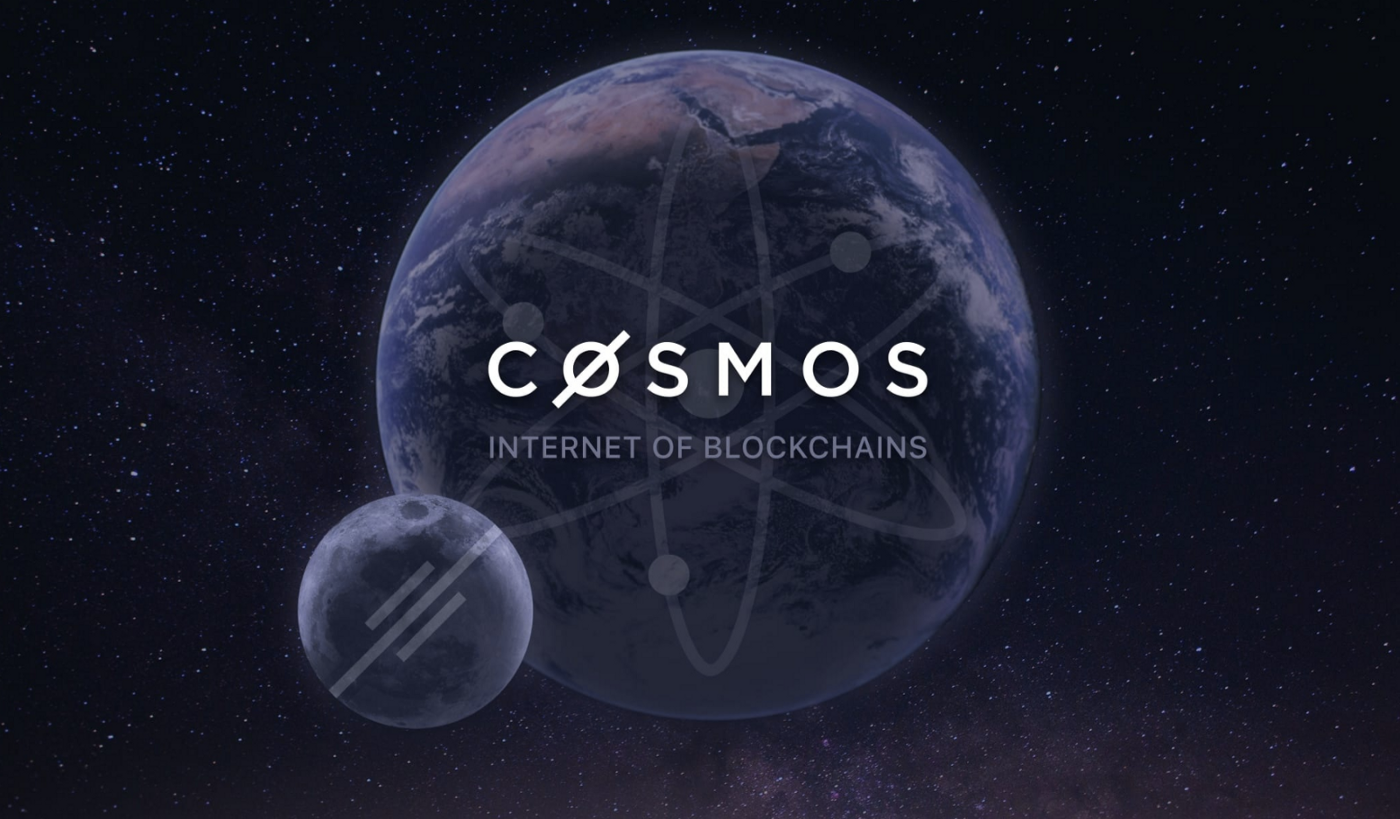 Its crazy brother. Dreams dreams. Keep rockin you beast of a brother


I can always tell if someone is lying just by looking at them.
I can also tell if they’re standing.
Credit: reddit
@naythan, I sent you an $LOLZ on behalf of @captainquack22

I feel you... also been on & off with that habit. Now off for 3 months 😃 (although it feels longer hahaha)

Its nice to take a break, but its nice to enjoy a little bit too every now and then. Thanks for stopping by beautiful lady, i wish i can visit Bali like a badass one day. Hope you have a good day.

Hey @capitanabeach, here is a little bit of BEER from @captainquack22 for you. Enjoy it!

Some dreams can really affect you all day long and yours was exactly that kind of dream, my friend. It's really impressive. Good thing it wasn't too bad you were late for work. I' m happy for you.

Thanks for stopping by man. Yes it was still an ok day at work. Good dreams are good, keep rockin buddy.

I can remember dreams where I could fly Or better said swim in the sky. hanging in it are nice dreams and have had them a few times. but lately I've been dreaming little

Thats good man, i love those flying dreams. But also love to fly after a food rip too, its all a balance brother. Were just chillin on the tightrope. Nice to see you again bud.

Yay! 🤗
Your content has been boosted with Ecency Points, by @captainquack22.
Use Ecency daily to boost your growth on platform!

May we ask you to review and support our @cryptobrewmaster GameFi proposal on DHF? It can be found here

If you havent tried playing CryptoBrewMaster you can give it a shot. Our @hivefest presentation available here on the YouTube with a pitchdeck of what we building in general

In your dream, you may go to weird places. It seems scary while dreaming. But when you wake up, you realize that's just a dream, nothing to worry about.

Sometimes I just forget what I see in my dream. lol...
Looks like you remember everything that you saw in your dream. :)

Glad to hear the patient wasn't too fussed about you being a tad late hahahah we all have these days, I always have a re-occurring dream whenever I am very sick for some reason its strange, ever since I was a kid.

It's just me alone in a endless white room/space but a pendulum is swinging and gets ever closer to my face as it swings, up until the moment its about to touch me then I wake. So strange, would love to understand any deeper meanings behind dreams or throughs when you're asleep but it all could be meaningless at the same time too and ur brain just messing with you Thats wild dubb. Theres usually some deeper meaning. Quite simple sometimes, but other times could be some kind of repressed memory from childhood or something. Its tied to an emotion sometimes. A fear, worrying about something.

Night ended up ok tho bro. Hope you been good. Trying to catch up on things here today, easy night at work again. Then a post.

@thepimpdistrict 53
4 months ago
You must be killin' it out here!
@captainquack22 just slapped you with 1.000 PIMP, @dubble.
You earned 1.000 PIMP for the strong hand.
They're getting a workout and slapped 1/1 possible people today.


I need to figure out the best treatment for my narcolepsy.
My doctor told me to sleep on it.
Credit: reddit
@captainquack22, I sent you an $LOLZ on behalf of @holovision.cash